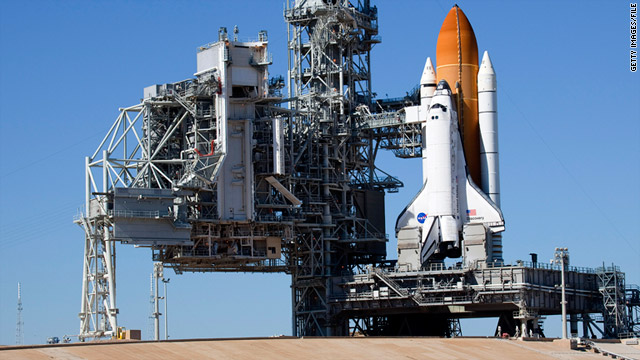 (CNN) -- NASA has put off the final launch of the space shuttle Discovery, saying engineers have not been able to trace the cause of cracks found in the foam covering the vehicle's external tank.

The agency said Friday that the shuttle, originally scheduled to launch November 1, will not go into space until at least February 3.

Instead, workers will outfit the cracked tank with sensors and fill it with cryogenic fuel, then watch to see what happens in an effort to understand the glitch.

"I have strong confidence this is a solvable problem," Space Shuttle Program manager John Shannon told reporters during a news conference Friday.

The foam cracked while the tank was being filled November 5 for the shuttle's planned launch to the International Space Station.

Discovery is scheduled to deliver a storage module, a science rig and spare parts to the space station.

The delay means the final launch of Endeavour, which is also scheduled to be the last launch of the Space Shuttle Program, will likely be delayed until April 1, Bill Gerstenmaier, associate administrator for space operations, told reporters.

It is currently scheduled for February 27.