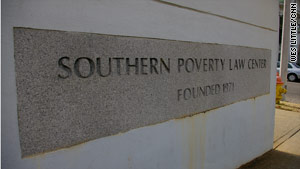 "Injustice On Our Plates" is based on interviews with immigrant women from Mexico and Latin American countries.
STORY HIGHLIGHTS
RELATED TOPICS

(CNN) -- Unauthorized immigrant women do the jobs that put food on the plates of Americans, but face harassment and other challenges daily in the workplace, a study by the Southern Poverty Law Center found.

The report, titled "Injustice On Our Plates," is based on interviews with 150 immigrant women from Mexico, Guatemala and other Latin American countries.

"Despite their contributions to our economy, these immigrants live at the margins of U.S. society -- subsisting on poverty wages, enduring humiliation and exploitation in the workplace, and living in constant fear that their families will be shattered if they are detected," according to the report.

The anecdotes collected by the organization provide a glimpse of the hardships faced by agricultural workers who are in the United States illegally.

The women interviewed mostly said they came to the United States to seek a better life for their families, the report said. Critics of illegal immigration say those who want to work in the United States should get in line with others seeking a legal path in. Many of the women interviewed said they didn't meet any of the established criteria for obtaining a green card and so decided to cross illegally.

The subjects that the report focused on worked in places such as Florida, New York, North Carolina and California. They worked picking tomatoes, lettuce, green beans, apples and other produce.

"Regardless of what sector of the food industry these women worked in, they all reported feeling like they were seen by their employers as disposable workers with no lasting value, to be squeezed of every last drop of sweat and labor before being cast aside," the report said.

The challenges include low pay -- one woman reported that she earned $5.75 an hour, or sometimes 45 cents for each 32-pound bucket filled with tomatoes.

"You have to run to do 150 [buckets] to make your money for the day," the woman, identified only as Maria, told interviewers.

Sometimes, after two weeks of work, they would not get paid, she said. One boss wouldn't let the workers go to the bathroom, she said.

Farmworkers are also exposed to harmful pesticides that can cause birth defects, the report said.

According to the report, about six in 10 of America's farmworkers are unauthorized immigrants. Of the total illegal immigrant population, women are estimated to make up 4 million.

Another woman interviewed for the study, Olivia, told how she was raped by one of her supervisors. Sexual violence and harassment is widely reported by unauthorized female immigrants, the report said.

"Sexual predators view farmworker women and other undocumented women as 'perfect victims' because they are isolated, thought to lack credibility, generally do not know their rights, and may be vulnerable because they lack legal status," the study said.

A majority of the women interviewed by the center reported facing sexual harassment at work.

The report's recommendations included enacting comprehensive immigration reform that provide a path for legalization. Such efforts in Congress have been unsuccessful in the past. The center also recommends tightening labor laws for agricultural producers.