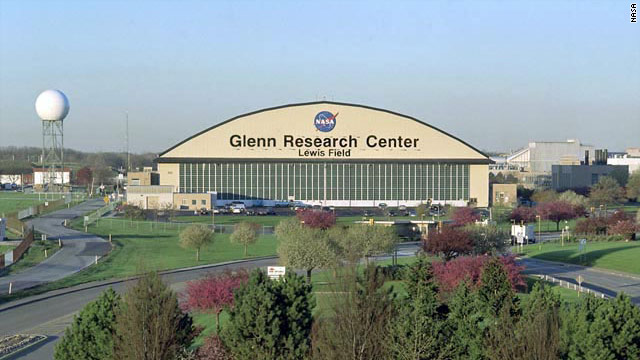 The Glenn Research Center is on 350 acres in Ohio. About 3,000 people work there, NASA says.
STORY HIGHLIGHTS

(CNN) -- A security test at NASA's Glenn Research Center caused a brief incident Friday after unconfirmed reports of a gunman in the facility became public.

There never was a gunman and no one was in danger at the 350-acre research facility next to Cleveland Hopkins International Airport in Ohio, according to NASA spokeswoman Katherine Trinidad.

Trinidad had initially relayed unconfirmed reports of a gunman in the facility. NASA spokeswoman Lisa Malone at the Kennedy Space Center said NASA offices nationwide were unaware of the security exercise.

The center, named for former astronaut and Sen. John Glenn of Ohio, is involved in research on a variety of NASA projects. It most recently was a lead center for research on a proposed rocket and spacecraft system to carry astronauts back to the moon.

About 3,000 people work at the center, according to the NASA website.

In April 2007, a NASA engineer shot and killed another engineer and then turned the gun on himself at the Johnson Space Center in Houston, Texas.

In that incident, NASA officials identified the shooter as Bill Phillips, a contract employee, and the dead victim as David Beverly, a NASA employee. Houston Police Chief Harold Hurtt said that there apparently had been "some kind of dispute" between Beverly and Phillips.