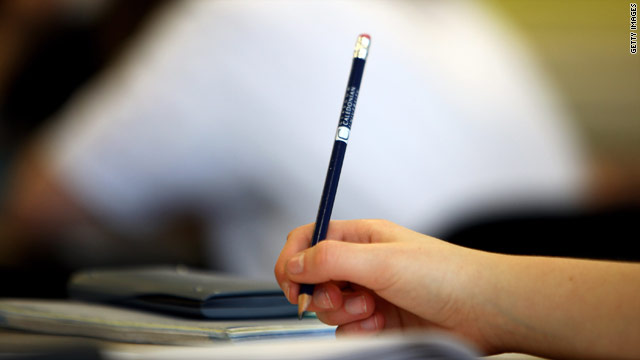 Washington (CNN) -- Setting national standards for U.S. students has been tried in the past without success -- but a new state-led effort is gaining momentum, according to an official of an educational think tank that compiled a nationwide study comparing standards.

The new benchmarks -- called Common Core Standards -- are a move initiated at the state level to come up with a set of standards that will be used by all states to create cross-border consistency in what students will be expected to know. In June, the Common Core recommendations were released to the public by the National Governors Association and state education heads.

So far 26 states have signed on to the national Common Core Standards while several have opted not to use the standards. Each state currently evaluates its elementary and secondary students according to its own state benchmarks, which vary greatly across state lines.

"You look at these standards and most Americans would say, 'Sure, this is what we want our students to know,'" says Fordham Institute Vice President Mike Petrilli.

Since the Common Core Standards are part of a state-led effort, Petrilli says they have avoided the debate about the federal government pushing standards on the rest of the country. Also, the writers of the recommendations have done "a pretty good job of putting together good standards," according to Petrilli.

The Common Core Standards overall get a B+ in English language arts and an A- in mathematics, according to the institute.

On the more local level, California, the District of Columbia and Indiana received the highest marks in English language arts with more stringent standards than the national recommendations, according to the institute's study, while 37 states fell below the recommended Common Core standards.

In mathematics, there were no states that had standards that were clearly better than the Common Core Standards, but California, the District of Columbia, Florida, Indiana and Washington were close to the mark.

The report found that, overall, the Common Core Standards scored well in clarity and content.

It will take several years for plans to be put in place for the states to actually start testing students under national guidelines.

The Massachusetts State Board of Elementary and Secondary Education signed onto the Common Core Standards on Wednesday. The high-profile vote was made after three hours of public comment that included a gubernatorial candidate who spoke against the adoption and two former commissioners of education that spoke for the change.

In the education community, Massachusetts is considered to have high state benchmarks already, so there was a question as to whether or not they should alter their current criteria.

But State Education Secretary Paul Reville said, "All along, the conversation about Common Core has been about the Commonwealth seizing the opportunity to improve upon our already high standards."