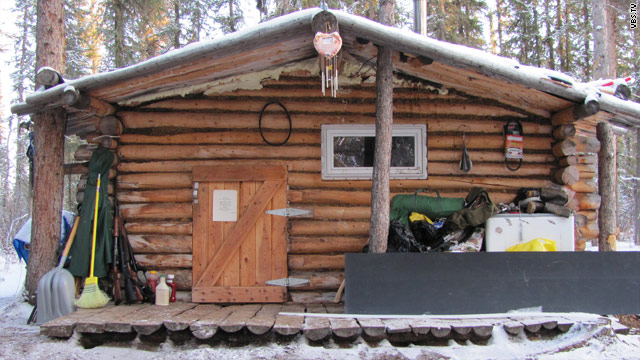 Brooklyn, New York (VBS.TV) -- Most people are never really alone. Living here in New York, we're constantly surrounded by others. Even in the state's biggest wilderness, the Adirondacks, you can't get more than 15 miles or so from civilization. Similar levels of population density can be found in most of the lower 48 states. So when we heard about Heimo and Edna Korth, a couple who live 150 miles above the Arctic Circle and 60 miles from their nearest neighbors, we had to go meet them.

The Korths reside in the Arctic National Wildlife Refuge, an area about the size of South Carolina in the northeast corner of the state. It is bordered by the Beaufort Sea on the north and Canada's Yukon to the east. There are other people living in the refuge -- Inuit in Kaktovik and the Gwich'in of Arctic Village -- but as far as we know, the Korths are the most isolated humans in the area.

They live in the most remote location in America and sustain themselves by hunting, fishing and trapping. They've lived like this for more than 30 years, raising a family in the process and all the while dealing with grizzly bears and temperatures that dip as low as minus-50 degrees Fahrenheit. Their home turf is inhospitable in the truest sense of the word.

See the rest of Heimo's Arctic Refuge at VBS.TV

As much as Heimo Korth truly is the Final Frontiersman, he's no Luddite. He uses lots of modern tools: guns, the radio, a satellite phone, a chainsaw and, most important, a gasoline-powered snow machine (a snowmobile in recreational terms) to check his miles of traps.

In the wake of the BP spill, the refuge has received renewed attention from the "drill, baby, drill" crowd, which refuses to ever let a good crisis go to waste. Their claims that the refuge is uninhabited will ring particularly hollow after you watch the above video and catch a glimpse inside the Korths' lives. They are, after all, Americans and seem to be doing their own thing in their own time, which is perhaps the most American activity of all.

Still, we didn't set out to make a documentary about the politics of oil drilling. That's boring and has been done a million times already. What we wanted was to tell the story of a pair of the last Americans who use well-honed skills to survive solely off the land, skills that we are losing at our own peril. The Korths supplement their myriad abilities with the benefits of oil-based products and machines. They understand the necessity of oil. We all do.