Police: 'Not enough evidence' in accusations against Gore 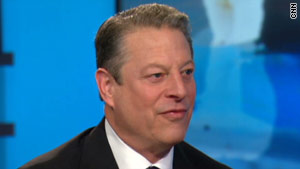 (CNN) -- Oregon authorities said Wednesday that a woman accused former Vice President Al Gore of "unwanted sexual contact" in connection with a 2006 encounter, but no charges resulted because detectives could not substantiate her claim.

In a statement released to the media, the Portland Police Department said the allegation involved an encounter between Gore and a licensed massage therapist at a hotel on October 24, 2006.

"The detectives concluded that there was not enough evidence to support the allegations," Portland police spokeswoman Mary Wheat told CNN.

The department explained its timing in releasing a statement Wednesday by saying that while the department does not usually release information on alleged sex crimes, "A national tabloid magazine has published a story discussing allegations made by a Portland woman against former Vice President Al Gore."

The woman came to police in January 2009 and "explained that she would like to give a statement ...The woman read from a prepared statement and detailed the events of October 24, 2006. She reported that she was repeatedly subjected to unwanted sexual touching while in his (Gore's) presence," the police department's statement Wednesday said.

The statement said the woman told detectives she had gone to Gore's hotel room because she had been called "to provide a massage to Mr. Gore."

Earlier this year, the woman asked investigators if she could edit her statement, indicating that she could provide detectives with more information, authorities said.

"At this point, the police bureau does not consider this an ongoing investigation unless new evidence is received in the case, said Wednesday's police statement.

CNN contacted Gore's office for a response to the allegations. "Our office has no comment," said Kalee Kreider, communications director for Gore.