Surgery no longer a requirement for changing gender on passport 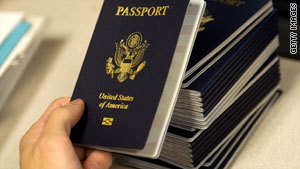 The policy, which goes into effect Thursday, allows a gender change with a certification from an attending physician.
STORY HIGHLIGHTS
RELATED TOPICS

The policy, which goes into effect Thursday, allows a gender change with a certification from an attending physician.

The doctor's certification must confirm only that the passport applicant has undergone treatment for gender transition. Limited-validity passports for applicants who are in the process of gender transition also will be available under the policy.

Previously, individuals had to provide documentation from a surgeon that sex reassignment surgery had been performed on them, according to the National Center for Transgender Equality.

The announcement was made to coincide with Gay, Lesbian, Bisexual, Transgender Pride Month, the State Department said.