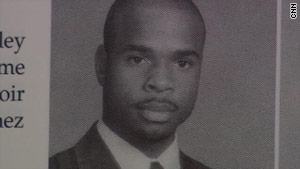 (CNN) -- Federal authorities are investigating a New Jersey man suspected of being an al Qaeda member and going on a deadly rampage at a hospital in Yemen.

Mobley had worked at nuclear plants operated by PSEG Nuclear for different contractors from 2002 to 2008, doing routing labor such as carrying supplies and assisting with maintenance activities, company spokesman Joe Delmar said. Mobley, who also worked at other nuclear plants in the region, satisfied federal security background checks required to work in the U.S. nuclear industry as recently as 2008, he said.

Mobley is accused of shooting and killing a security agent and severely injuring another while trying to flee the Republican Hospital in Sanaa, Yemen, over the weekend, a law enforcement source said.

Yemeni counterterrorism forces rushed to the hospital and captured Mobley, who had barricaded himself in a hospital room, said Mohammed Albasha, a spokesman for the Yemeni embassy in Washington.

Yemeni authorities had detained Mobley and 10 other al Qaeda suspects earlier this month in a "successful security sweep" in the capital of Sanaa, Albasha said.

He had been transported to the hospital over the weekend for medical treatment, Albasha said, though he would not elaborate.

Both law enforcement sources were unaware of any criminal charges against Mobley in the United States.

Delmar of PSEG said the company is cooperating with authorities investigating Mobley.