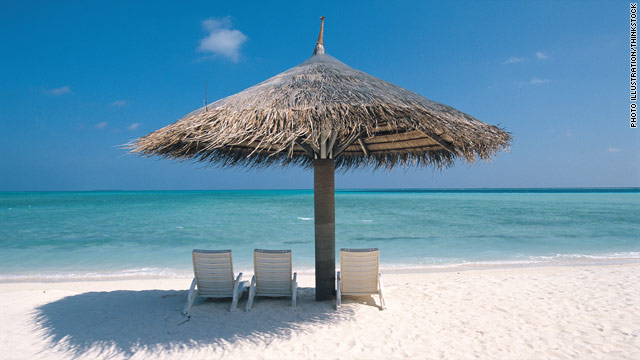 The Maldives draw visitors from all over the world. One company wants its resort to be staffed with blondes only.
STORY HIGHLIGHTS
RELATED TOPICS

(CNN) -- Exotic locales usually tout aquamarine waters and white sandy beaches to lure tourists, but one company is hoping the staff's hair color will be among the draws to its planned vacation paradise.

A Lithuanian firm called Olialia -- pronounced "ooh-la-la" -- has announced that it intends to build a resort in the Maldives that will employ blond women only.

"There are plans to build a high-class blondes resort with hotels, entertainment and spa centers on the island. Other important things -- like an education [center] called 'Pretty Women' -- will teach female guests to always be perfect and look great," said the company's Giedre Pukiene, according to the Maldives Traveller.

"A specially established airline will be taking the blondes to the island. ... The pilots and stewardesses on the planes will also be blonde only."

Olialia reportedly plans to open the resort in 2015, but the unusual business plan has already received world attention and is prompting lots of questions, outrage and doubts over whether it would ever be built.

Maldivian media note that local resorts are required to employ a large percentage of Maldivian staff -- Olialia has not said whether employees would be required to dye their hair blond to work at the resort.

The company -- which is run and staffed by blond women, according to the BBC -- does not discriminate and considers all applicants, Pukiene said.

"But we find that when women with dark hair work here, they are surrounded by all these beautiful blondes, so eventually they end up going blonde too," she told the BBC.

Comments left in response to an article about the planned resort on Minivan News, a Maldivian news website, were mixed.

"I don't see this [as] any different from being asked to be clean shaven and wear a particular uniform, of course given that they don't set a certain skin tone requirement," one poster wrote.

But others said the idea was disturbing.

"It sounds like a racist supremacy-esque idea, promoting an 'Aryan' race," wrote a poster identified as Seif.

Some commenters dismissed it as a publicity stunt.

"Pure fantasy ... will not materialize," one poster said.