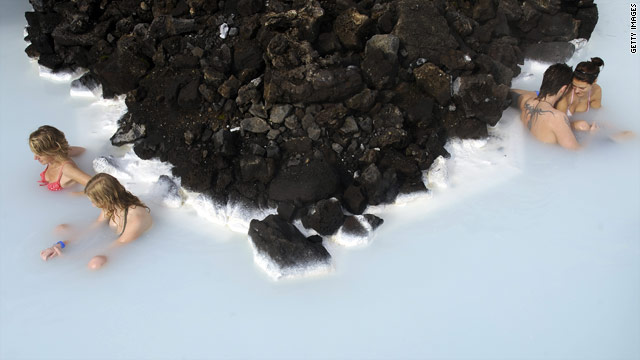 (CNN) -- Looking for fine wine or a luxurious spa visit without a top-drawer price tag? Visit one of these nine destinations where lavish experiences and affordability intersect.

Whether it's an off-season value, a cost-of-living advantage, a favorable exchange rate or simply a less-traveled locale, resourceful travelers looking for the finer things will find great bang for their buck in these spots.

Known for its art, wine, food and fashion, those visiting Argentina can expect a rich cultural experience at a fraction of the cost of many European destinations.

Travel specialist Vanessa Guibert Heitner of Limitless Argentina, based in Buenos Aires, says the vibrant capital city and wine-soaked Mendoza are must-see destinations for luxury travelers. Salta in the northwestern tip of the country should also not be overlooked.

Heitner estimates a couple could have an exquisite, multicourse meal in Argentina for $60,­ not including wine or drinks.

"Dinner for two at a high-end restaurant is much more accessible than in the United States," she says.

Getting to Sydney, Australia will be the most expensive part about your vacation, but once you're there, the prices are completely reasonable, says Arabella Bowen, editorial director of Fodor's Travel.

"One of the great advantages is you get to stay at a major luxury grand hotel for a fraction of the price you would pay elsewhere," Bowen says. In October, the Four Seasons in Sydney runs about $280 a night, while the same chain in New York City would cost about $1,000, she says.

Sydney offers a great mix of city life and outdoor experiences, including visiting the beaches. October is also the middle of spring in Sydney, so temperatures will hover around 72 degrees, Bowen says.

"There's a great vibe to the place," she says, "and the quality of life is absolutely incredible."

Steeped in cultural heritage dating back to the 8th century, the Ruins at Angkor are a huge draw for visitors.

"It's an interesting collision of backpacker travel and luxury," Bowen says.

Cambodia is high-end in terms of hotel experiences, but extremely cheap in terms of getting around and eating good meals, she says.

"It's hard to get there, but once you're there, it's so incredibly affordable," Bowen says.

Cambodia travel specialist Sandy Ferguson of Asia Desk, based in Duluth, Georgia, estimates an excellent meal could cost as little as $20, before wine.

Ferguson suggests staying in Siem Reap for its proximity to the ruins and selection of high-end hotels.

Curacao, located in the far south of the Caribbean, has a Latino flavor and plenty of attractions, Bowen says.

It's off-season in the Caribbean, and through October, the four-star Hyatt Regency is running its grand opening rate of $149 a night. The hotel has its own golf course, a private beach and tennis courts.

Bowen says the Dutch architecture around the island looks a lot like wedding cakes. Add that in with the South American influences, and you've got a "really interesting cultural mix," she says. This extends to the food choices, which are extremely cosmopolitan.

In October, travelers will get shoulder-season prices. Bowen recommends the Lux 11 hotel for about 140 euros (about $182) per night or the Adlon Kempinski for 270 euros ($351). Similar hotels in Paris would cost an additional 100 euros ($130) or more per night.

Bowen says taking a scenic boat cruise on the Spree River can be a great way to start exploring in Berlin.

For a beautiful outdoors experience married with vibrant nightlife, Iceland is a great choice for the budget-conscious traveler, Bowen says.

Reykjavik, the capital of Iceland, has a cool vibe, Bowen says. "It's more about nightlife and restaurants than it is about cultural activities."

With its lunar-like landscapes and mysterious natural wonders, Iceland's backdrop is a combination of Yellowstone National Park and Montreal, Bowen says. She recommends the Blue Lagoon natural spa and a tour of the unusual scenery.

Bowen says autumn is shoulder season in Iceland, so rates are affordable.

For example, about $650 will cover some package deals including round-trip airfare and three nights in a four-star hotel.

"India is a paradise for shoppers," says India travel specialist Victor Biswas of International Ventures and Travel, based in New York City. He recommends visiting Jaipur, Mumbai or Delhi for great deals on fabrics and silks.

For the best value, Biswas suggests traveling in the off-season --­ April through September ­-- and focusing on the southern part of the country.

"The south of India has better deals all around," he says.

Biswas suggests visiting the southern city of Chennai, formerly known as Madras, for the best hotels and spas in the area.

Known for its many luxury options, Indonesia is a relaxation-seeker's paradise.

"Spa prices are very reasonable, even at luxury hotels," says Indonesia travel specialist Diane Embree of Michael's Travel Centre, based in Westlake Village, California. "And, if you go to day spas, rather than hotel spas, the prices are extremely reasonable."

Dinner for two at a luxury hotel could cost you from $50 to $70, and half that at a top local restaurant.

Embree says that many of her clients stay in multiple hotels during a trip, just to experience the different kinds of luxury accommodations in Indonesia.

"Though spas, and to some degree, food, play a part, I think that the number one attraction for luxury clients is the accommodations," Embree says.

It's peak harvest season in Oregon wine country, but you'll still pay less for hotels and other pleasures than you would in California's Napa Valley, Bowen says.

"You'll pay $40 to $50 per bottle of Pinot Noir, but it's worth it because you're saving money on your hotel and everything else."

Plus, Oregon isn't as much of a tourist destination as Napa, so you won't likely see a big tour bus of people going around to vineyards, she says.

Bowen recommends staying at the Allison Inn & Spa in Willamette Valley, the best-known wine region in the state. Rooms start at $295 a night.

"It starts with where you stay," Bowen says. "It's really important since you're going to be driving out from there every day."