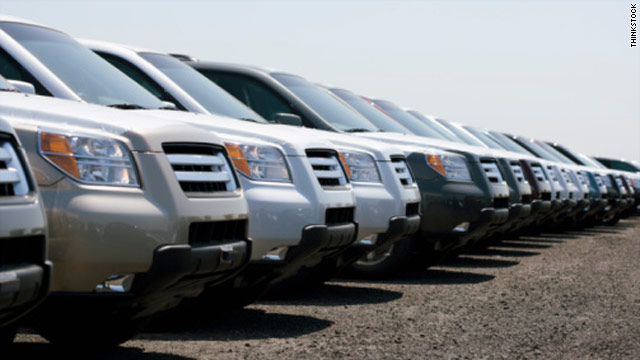 Like airlines, car rental companies don't think twice about changing your rate. Except that they sometimes raise the price after you've driven off the lot.

Like airlines, car rental companies are astonishingly creative with their fees, from additional driver add-on costs to premiums for customers under the age of 25. There's even a down-to-earth equivalent of the cramped regional jet: Car rental companies are quietly redefining their vehicle sizes in an apparent attempt to lift their profits.

It seems that just about the only thing car rental companies don't have in common with airlines is -- well, cars don't fly.

Before I continue my rant about the state of the car rental industry, I want to acknowledge the industry perspective on this. Times are hard. Fees are a way of raising revenues. What do customers expect, free cars?

Point taken. To which the average customer would say, "Just raise your rates." Which would be an equally valid point. As a service to you, here are six of the most absurd car rental practices you're likely to encounter today.

Those airfare games are nothing -- nothing -- compared to what car rental companies try.

Recently, Ilene Rachford, a retiree from Dayton, Ohio, rented a car at the airport on the eve of a big storm. The agent handed her the keys with a warning: "He said the rental charges for returning the car after Monday were just under $1,000 a day," she recalls. That makes airline prices seem almost reasonable.

What could be any worse than that? Charging someone more for returning the car early. That's happened to several readers recently, whose weekly rate reset to a higher price after they brought the vehicle back early.

These wildly fluctuating rates are dishonest. You can avoid them by returning your car on time or paying ahead of time by using a site like Priceline or Hotwire.

Auto rental companies insist the fees are necessary because younger drivers are more likely to damage a car. Funny, I thought that's what car insurance was for.

Note: Some companies, including Enterprise and Thrifty, have more lenient policies for young drivers. Check the fine print before renting.

"These charges currently run about $10 to $12 per day," says Ron Prudhomme, a consultant from Sparks, Nevada. "A few years ago, spouses or close relatives were exempt, but car rental agencies are now not allowing any exemptions." How much more does it cost to permit a second, or third, driver? Probably nothing, speculates Prudhomme.

He's right. Although it's tough to avoid this fee, he tries to book through a discount website that allows him to prepay. Paying less is the best revenge.

4. That required child safety seat will cost you

Imagine if a car rental company forced you to pay a "seatbelt fee."

That's a decision parents face every day when they rent a car, and are unable to bring their own safety seat. "For the cost to rent a car seat, I can buy one," says Laura McDonough, a software project manager in Austin. "Yes, I know they are paying for a service, but they give you the absolute cheapest car seats, and are clearly making money hand over fist on this."

You can still check a safety seat on an airline at no charge, and then install it in your rental, but if you've ever tried it, you know it's a hassle. The seats absolutely must be cleaned the night before the flight. Car rental companies should offer the seats at no extra cost, since they're required by law almost everywhere.

5. You say compact, I say midsize

Another clever way car rental companies make a little extra is to change their car classes, upgrading them to the next category so they can charge you more money. That's what happened last fall, when Alamo reclassified its vehicles after being acquired by Enterprise. Customers don't take kindly to that kind of thing.

"I know the manufacturer and EPA class rating for many vehicles in the U.S.," says Will Evans, an engineer based in Atlanta who has documented similar reclassifications at Avis, Dollar and Hertz. "They were unswayed by my argument that no one but them classifies the cars like they do."

Lesson? Pay close attention to car rental classes. What they call a midsize the rest of us may call a compact car.

This is the exact wording on Julie Kinnett's recent rental contract: "An automatic USD $13.99 refueling service charge will be applied to all rentals under 75 miles." Presumably, car rental companies are concerned that if someone drives the car a few miles, the needle on the gas gauge will still register "full." (Maybe they should have those gauges checked.)

"We were only charged this fee once, on a trip from Boston to New York," says Kinnett, a training manager in New York. "I assume the car rental folks who filled out the paperwork for the other rentals realized that there are more than 75 miles between Boston and New York.

Why do you need to show a receipt? If the tank is full, it's full." Moral of the story? Keep a receipt if you drive less than 75 miles. Otherwise, you'll buy another full tank of gas.

So when it comes to absurd pricing practices, which industry is worse -- airlines or car rental companies? Sure, some of these rental fees and surcharges are unconscionable, but can anything ever approach the madness of the airline industry? It certainly seems as if car companies are trying.