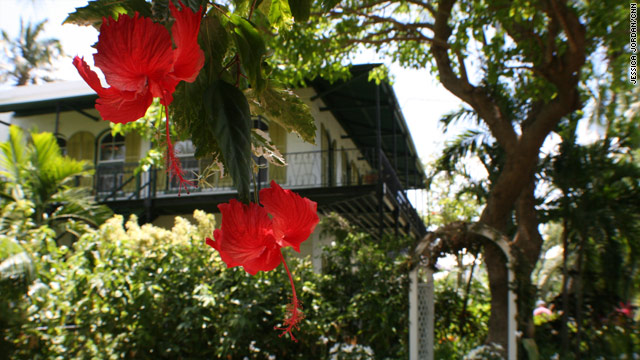 (CNN) -- The Key West, Florida, home where Ernest Hemingway lived and wrote for nearly a decade was designated a Literary Landmark on Sunday.

The designation was made by the Association of Library Trustees, Advocates, Friends and Foundations, a division of the American Library Association, according to association spokeswoman Jennifer Petersen.

In a ceremony Sunday, a bronze plaque was presented and installed next to the home's front door, said Dave Gonzales, events director for the Hemingway Home and Museum.

The Literary Landmarks project is aimed at encouraging the dedication of historic literary sites, according to the ALTAFF Web site. Dedications have included the homes of famous writers such as Tennessee Williams and William Faulkner, libraries and museum collections, and literary scenes.

Even Grip the raven, the former pet of Charles Dickens and an inspiration to Edgar Allan Poe, has been dedicated and is exhibited, stuffed, at the Free Library of Philadelphia, Pennsylvania.

In Hemingway's lifetime, he completed some 14 novels and about 50 short stories, Gonzales said.

The home became a museum in 1964 and was designated a National Historic Landmark in 1968. Visitors can see furniture and items that belonged to Hemingway and his family on display, in addition to polydactyl (six-toed) cats roaming the grounds.