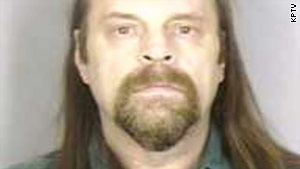 Joseph Hedlund Johnson, of Salem, Oregon, was charged with the federal crime of interference with the performance and duties of a flight crew member or attendant. He is expected to surrender to authorities on Monday.

The crime of interference with the performance and duties of a flight crew member or attendant carries a maximum penalty of 20 years in prison and a $250,000 fine.

According to the complaint and a 13-page supporting affidavit, Johnson and his girlfriend, Caroll Ann Miller, boarded Hawaiian Airlines Flight 39 on Wednesday morning bound for Kahului, Hawaii, on the island of Maui.

Once aboard, Johnson became upset because he was not allowed to store his bag under his exit-row seat, according to the affidavit, which was written by an FBI agent after interviewing Johnson, Miller and the flight crew.

"I thought I was going to die, we were so high up," the card said. "I thought to myself: I hope we don't crash and burn or worse yet landing in the ocean, living through it, only to be eaten by sharks, or worse yet, end up on some place like Gilligan's Island, stranded, or worse yet, be eaten by a tribe of headhunters, speaking of headhunters, why do they just eat outsiders, and not the family members? Strange ... and what if the plane ripped apart in mid-flight and we plumited (sic) to earth, landed on Gilligan's Island and then lived through it, and the only woman there was Mrs. Thurston Howell III? No Mary Anne (my favorite) no Ginger, just Lovey! If it were just her, I think I'd opt for the sharks, maybe the headhunters."

The "Gilligan's Island" references were to a 1960s-vintage CBS television comedy about a charter boat crew and their oddball passengers who become shipwrecked and wind up living together on a tropical island.

The pilot told investigators that, considering Johnson's earlier behavior regarding his bag, he felt threatened by the card and decided -- now about 90 minutes into the flight -- to turn the jet around.

Passengers were told that mechanical problems were to blame and did not learn about the perceived threat until after they arrived back at their starting point.

There, Johnson -- apparently oblivious to his role in the decision to turn around -- was met by FBI agents, who interviewed him, the flight crew and his girlfriend.

Investigators searched the plane, refueled it, and sent it off once again for Hawaii -- minus Johnson and Miller.

Johnson told authorities that he had flown only about four times in his life and that the Maui-bound flight was his first over water; that he had occupied himself first by reading in-flight magazines and then by filling out comment cards provided by the airline. He said he had lifted the phrase for the card "I thought I was going to die" from comedian Mike Myers, the affidavit said.

"Johnson stated that he didn't think anyone would open it during the flight," the affidavit added. "He told me that he thought the card was going to be taken back to an office somewhere, opened, and everyone in the room would 'get a laugh' from it, and that perhaps he'd even get some frequent flyer miles out of it. Johnson stated he didn't intend to scare anyone and he would not have written his name on the card if it was a threat. Johnson stated that he felt bad about what had happened and that he was sorry."

"The safety and security of airline travel is of paramount importance, particularly following the events of Christmas Day," said Acting U.S. Attorney Kent Robinson in a news release referring to the botched December 25 bombing aboard a Northwest Airlines jet. Authorities "will take all necessary steps to assure that air travel is safe, and that standards of conduct for airline passengers are enforced. And everyone who flies should also know that communicating with a flight crew about crashing airplanes will not be viewed as a joke."

Johnson is to surrender Monday to authorities. CNN was unable to contact Johnson or Miller.