Skype getting back to normal after outage 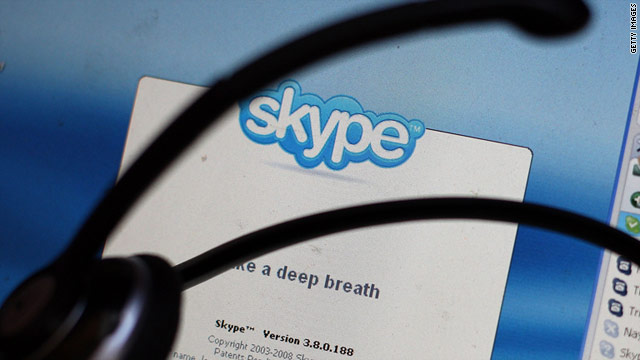 Skype, which allows free internet voice and video calling, is trying to fix an outage which is causing problems for many users.
STORY HIGHLIGHTS
RELATED TOPICS

(CNN) -- Internet phone service Skype was working to get back to normal Thursday after an outage that started the day before.

"We've seen evidence of a significant increase in the number of people online," Skype said on its Twitter page on Thursday morning.

A video post by Skype CEO Tony Bates posted midday Thursday said about 16.5 million users were back online -- about 80 percent of a typical day.

The outage started Wednesday, Skype said on its website, and technical problems were keeping people from logging into the internet phone service.

"The ability of one Skype user to find another relies on what we call 'supernodes', and yesterday, a number of these failed due to a software issue, which we've now identified. Our engineers are working to resolve the problem," Skype said in an update on its website Thursday.

Skype, said its enterprise product, Skype Connect , is working normally but its Skype Manager and "other web-based functions will continue to stay offline for a little longer. Additionally, features like group video calling will take longer to return to normal."

Skype apologized for the "disruption" and will continue to provide updates, the company said. It urges people to refer to @skype on Twitter for updates. Twitter is a microblogging site that allows users to display messages.

Skype, which allows free Internet voice and video calling, has grown in popularity. Users can also call land lines or mobile phones with Skype for a fee.

Bates said in the video that the company is considering some kind of vouchers for Skype's paying customers after the outage.