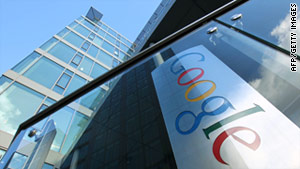 Google says it will cooperate with the EC investigation.
STORY HIGHLIGHTS
RELATED TOPICS

(CNN) -- The European Commission said Tuesday it will investigate whether Google abused its dominant position in online search in violation of European Union rules.

Search service providers have complained about unfavorable treatment of their services in Google's unpaid and sponsored search results, along with an alleged preferential placement of Google's own services, the European Commission said.

The decision to open an anti-trust investigation does not imply that the Commission has proof of any infringements, it said.

Google responded by saying it will cooperate with the investigation.

"Since we started Google, we have worked hard to do the right thing by our users and our industry -- ensuring that ads are always clearly marked, making it easy for users to take their data with them when they switch services and investing heavily in open source projects," a Google statement said. "But there's always going to be room for improvement, and so we'll be working with the Commission to address any concerns."

Google provides two types of results when users search its site for information. The first are unpaid search results, often referred to as algorithmic results, and the second are third-party ads and sponsored links appearing at the top and right of the results page.

The Commission said it will investigate whether Google lowered the ranking of unpaid search results of competing services -- such as price-comparison sites, also known as vertical-search services -- and gave preferential placement to the results of its own such services.

Investigators will also look into allegations that Google lowered the "quality score" for sponsored links of competing vertical search services. The quality score is one of the factors determining the price advertisers must pay to Google.

The quality score also influences the likelihood of an ad being displayed by Google and its ranking. If two advertisers are using the same key words, the one with a lower quality score will have to pay a higher price to rank at the same place.

The Commission will also look at whether Google imposes exclusivity obligations on advertising partners -- preventing them from placing certain types of competing ads on their own websites and on computer and software vendors' sites, with the aim of shutting out competing search tools.

The probe will last as long as it takes to complete the investigation, the Commission said.