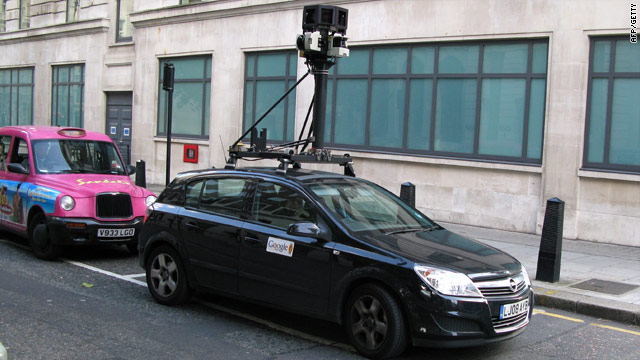 The British government and privacy advocates have long been concerned about the personal data Google may have collected when its Street View cars drove around the country taking pictures for the service, which shows panoramic photographic views from street level.

Google admitted its vehicles inadvertently captured so-called payload data but said it contained only fragments of content, according to the Information Commissioner's Office, which examined the data in August.

The ICO agreed it was "unlikely" that the data contained significant amounts of personal information but said it was wrong for Google to have collected and stored the information. It also said the collecting of the details violated the Data Protection Act.

On Friday, Google agreed to delete that data as soon as possible, the company and the ICO said.

"I am very pleased to have a firm commitment from Google to work with my office to improve its handling of personal information," Information Commissioner Christopher Graham said. "We don't want another breach like the collection of payload data by Google Street View vehicles to occur again."

In addition to agreeing to delete the data, Google signed a commitment to improve data handling, the ICO said.

Google Senior Vice President Alan Eustace agreed that the company will improve training measures on security awareness and data protection issues for all employees, the ICO said. The company has also said it will require its engineers to maintain a privacy design document for every new project before it is launched.

After the Google cars canvassed the country in 2008, initial privacy concerns were about license plates being shown in the photographs or people being shown in embarrassing situations, like entering adult bookstores.

Google later admitted its systems had captured communications -- including possibly passwords and e-mails -- from people using open Wi-Fi networks as the cars drove past.

The issue has come up in other countries as well.

The U.S. Federal Trade Commission investigated the same problem but concluded last month that Google had sufficiently addressed it. The FTC said Google promised it had not and would not use the payload data -- though unlike the case in Britain, Google did not promise to delete the information.

Also in October, the Canadian government said Google broke the law by collecting the data, but it closed an investigation after calling it "a careless error."

In France, a commission that began investigating over the summer ruled that personal data had been collected. Authorities cracked down, even pulling over Street View vehicles to make sure they had stopped collecting personal information.

Graham, of the ICO, promised to keep a "close watch" on Google's progress and follow up with an extensive audit.

"Meanwhile, I welcome the fact that the Wi-Fi payload data that should never have been collected in the first place can, at last, be deleted," he said.