Praise for MySpace's new look -- but that logo? 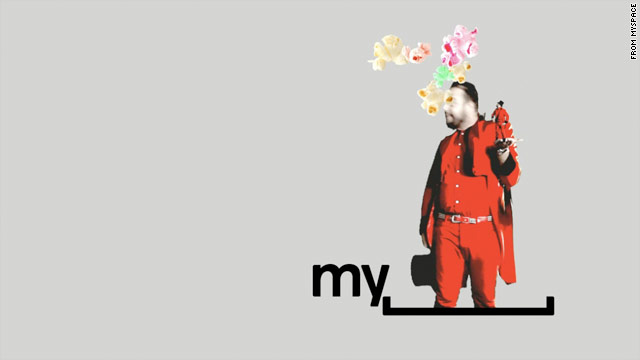 In case you didn't catch that, when you see that underscore, your brain should say "space."

If you find that kind of word game tricky, then MySpace asks that you kindly drop the capital "S" in the logo -- so that it's "Myspace."

See how hip it is?

Everyone knows MySpace has fallen on hard times in recent years. It's almost uncool to make fun of it -- like kicking a kid while he's down.

But, despite the odds and that new logo, MySpace My_____ is trying to stage a comeback. The site on Tuesday announced a major revamp that aims to go beyond image tweaks, repositioning itself not as a social network that can compete with Facebook or Twitter, but as a "social entertainment destination for Gen Y."

"This marks the beginning of an exciting turning point for Myspace," the company's CEO Mike Jones said in a written statement.

The site has found success in recent years in promoting bands and celebrities on video- and audio-heavy pages. It seems to be emphasizing those strengths and largely abandoning the social network aspects of the site.

The Myspace redesign -- which is being rolled out now and will hit all users worldwide by the end of November -- gives users personal entertainment-focused homepages, which update based on interests, the company says. The new site claims to make it easy for users to share new songs, videos and the like with their friends on Facebook and Twitter, a clear acknowledgement that MySpace is no longer the place for connecting directly with friends.

"Myspace is unique in that it is powered by the passions of our users, who program the site by expressing interests, sharing tastes and knowledge around particular topics, and scouting out up-and-coming subcultures," Jones said in the statement. "This is just the first step and there will be many more features, programs and improvements to come."

As for the logo, here's what MySpace says about that:

"The bracket in the logo represents a space where people can express themselves, enabling users to personalize the logo and make it their own -- just as they can throughout Myspace."

Take that how you will.

Some tech writers are excited about the redesign.

At the BoomTown blog for the Wall Street Journal, Kara Swisher says the revamp is a "bold, if risky, move" that could lead to huge growth or a decline in users who could be confused by the changes.

The aesthetic changes are for the better, she says:

"For sure, as you can see from the screenshots below, it is a cleaner, hipper and much more attractive offering, with a tile format, ridding Myspace of its longtime cheap and noisy feel."

The blog Mashable calls the changes a "fundamental shift in focus for what was once the world's preeminent social network."

The Silicon Alley Insider says the redesign is "clearly the right move" for MySpace. That blog adds:

"No, it can't compete with Facebook. Yes, it still draws a huge audience and has many valuable assets, including music, video and social games."

What do you think? Take a look at the new Myspace or, if it's not live in your area, check out these screen shots and let us know in the comments.