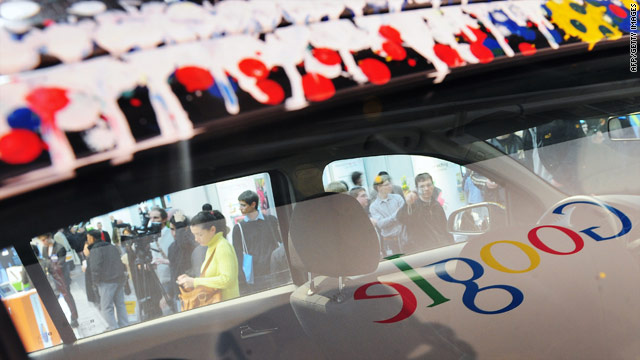 (CNN) -- The U.S. Federal Trade Commission has called off its investigation of Google's "Street View" mapping program without issusing fines to the company, according to a letter sent from the FTC to Google on Wednesday.

The federal agency had been investigating the fact that Google collected communications, including passwords and e-mails, from people who used open Wi-Fi networks in their homes.

The data collections, which Google says were inadvertent, happened while Google was driving around taking pictures for the Street View function on Google Maps, the Mountain View, California, company said.

The FTC said Google has sufficiently addressed the problem.

"Google has made assurances to the FTC that the company has not used and will not use any of the payload data collected in any Google product or service, now or in the future," David C. Vladeck, the FTC's director for consumer protection, says a letter to Google, which was posted on the FTC's website.

"This assurance is critical to mitigate the potential harm to consumers from the collection of payload data. Because of these commitments, we are ending our inquiry into this matter at this time."

Google, which first mentioned the fact that it had "sniffed" this Wi-Fi data in May, said in a blog post last week that the data included more sensitive information than was previously thought.

"In some instances entire e-mails and URLs were captured, as well as passwords," Alan Eustace, Google's senior vice-president of engineering and research, wrote in a post on that company's blog.

Those changes include "appointing a director of privacy for engineering and product management; adding core privacy training for key employees; and incorporating a formal privacy review process into the design phases of new initiatives."

The FTC letter states: "The company also publicly stated its intention to delete the inadvertently collected payload data as soon as possible."

The United States, however, isn't the only country that's been investigating Google's data collections in relation to Street View, a function of Google Maps that lets users see what streets look like from a man-on-the-street point of view.

More on the international scope of this issue from a CNN explainer: