Opinion: Why the web benefits liberals more than conservatives

By Gregory Ferenstein, Special to CNN 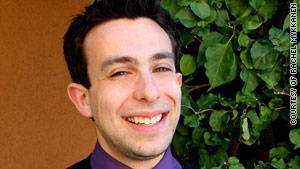 (CNN) -- From the micro-donation platform first popularized by Howard Dean in 2003 to the million-strong Barack Obama Facebook page to the huge audience of the Huffington Post, liberals have been the dominant political force on the internet since the digital revolution began.

Now, research out of Harvard University's Berkman Center for Internet and Society suggests that the reason behind this imbalance may be the liberal belief system itself.

Liberals, the research finds, are oriented toward community activism, employing technology to encourage debate and feature user-generated content. Conservatives, on the other hand, are more comfortable with a commanding leadership and use restrictive policies to combat disorderly speech in online forums.

All of this suggests that the internet may benefit liberals more often than conservatives -- at least for now.

The different approaches of the top two political blogs may illustrate the correlation between ideology and online strategy.

The Huffington Post's closest conservative competitor, Hotair.com, has only a fraction of its audience size and is tightly controlled by an inner circle of three authors.

A leading right-wing blog, Hot Air was founded by Michelle Malkin, an author who is known for her support of wartime loyalty oaths and racial profiling as a defense against terrorism. In criticizing Obama's 2009 address to the United Nations, she said, "he solidified his place in the international view as the great appeaser and the groveler in chief."

Indeed, Malkin's hard-line national security views are matched by Hotair's unusually restrictive comment policy. The site permits comments only by registered users; currently, registration is closed to any new users. The site states, "We may allow as much or as little opportunity for registration as we choose, in our absolute discretion, and we may close particular comment threads or discontinue our general policy of allowing comments at any time."

By contrast, the left-leaning Huffington Post, the most visited blog on the Internet, has thousands of bloggers and invites active users to become featured authors and comment facilitators.

Founder Arianna Huffington herself supported working diplomatically with the international community to deal with Saddam Hussein and recently endorsed Jeremy Rifkin's book "The Empathic Civilization," which she says "allows humanity to see itself as an extended family living in a shared and interconnected world."

Thus, from just a snapshot of the top political bloggers, one catches a glimpse of an emerging pattern: leadership and control from the right, and equality and community on the left.

Harvard professor Yochai Benkler finds that these differences are representative of the broader political web.

"The left not only chooses more participatory technology, but also uses the available technological tools to maintain more fluid relations between secondary or user-contributed materials and those of primary contributors," he writes. "The left is more egalitarian in opportunities for speech, more discursive, and more collaborative in managing the sites."

By contrast, Hot Air's prohibitive policies, and Malkin's support of strong leadership, seem consistent with Benkler's conclusion that the right is more "hierarchical" in its approach.

While any definitive statements about a technology still in its infancy are premature, the inclusiveness of the liberal approach does seem to have its advantages. Obama's Internet strategy is credited with giving grass-roots supporters space to find unique ways to reach their more apathetic peers and motivate them through user-generated content.

This openness to outsiders gave rise to surprising internet sensations such as the iconic "Hope" poster and enormous gatherings coordinated by social-networking activists.

Indeed, conservative Scott Brown's stunning victory in a Massachusetts Senate race took its strategy from Obama's playbook. Instead of micromanaging the campaign message, Brown permitted an unknown universe of latent conservative activists to contribute as they saw fit.

"An engaged following is more likely to retweet, to comment on blogs, to respond to unfounded criticism," Boston political consultant John LaRosa told Wired. Of Brown's campaign, he said, "it became a movement, and it just fed on itself."

But even if more conservatives adopt Brown's online strategy, right-wing constituents overall may be less comfortable with grass-roots activism. Russell J. Dalton, a political science professor at the University of California, Irvine, says that among politically active youth, liberals are substantially more likely to donate money, attend a rally and participate in online discussions.

Republicans tend to see a "limited participatory role" for citizens, Dalton writes in his book "The Good Citizen: How a Younger Generation Is Reshaping American Politics."

The conservative philosophy of ironclad loyalty to a singular message does have decided advantages. In Congress, strong party loyalty has allowed Republicans to vote as a bloc, giving them formidable strength despite their minority status.

However, the internet is less predictable. And, from what we have observed from the short life of the web, opening one's site to the capricious innovations of grass-roots users can be enormously beneficial but hard to control.

Conservatives may one day embrace the participatory web en masse. However, the very structure of the internet as a decentralized grouping of communities may never appeal to the large portion of right-wingers who prefer military-style hierarchies and commanding leaders.

And, as years go by without a conservative social-media pioneer or a top-ranked website, it looks as though the internet has already chosen a side.