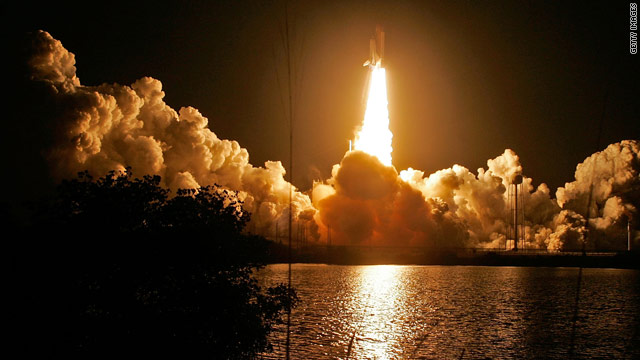 (CNN) -- As they head toward a rendezvous with the international space station, crew members of the space shuttle Endeavour are checking for any signs of damage after Monday's early morning launch.

Tuesday's routine inspection includes checks of the shuttle's protective thermal tiles. Cameras and lasers capture views of the shuttle's exterior, which NASA will inspect on Earth for any damage sustained during launch.

The shuttle will dock with the space station just after 12 a.m. Wednesday.

Endeavour lifted off from Kennedy Space Center early Monday. During the mission, the six-member crew is delivering a key module to the space station.

The space station will be about 90 percent complete once the node and cupola are added, NASA said.