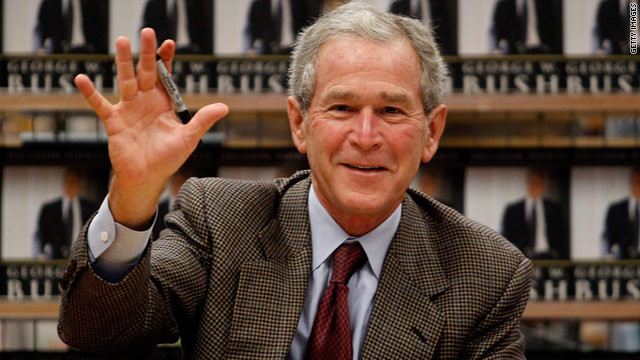 Bush has been making the media rounds over the past several weeks, appearing on "The Today Show," "Oprah" and "The Tonight Show," among other programs, to talk about his memoir "Decision Points."

Like other Facebook Live events, users will have an opportunity to ask Bush questions, though at this point it's unclear how the event will be moderated or who will be asking user's questions.

While this will be the first appearance of Bush (or any President) on Facebook Live, the 43rd President has been on the site since June, when he setup a Facebook page.

The page currently has more than 600,000 fans and is being used to promote the book and Bush's various media appearances.