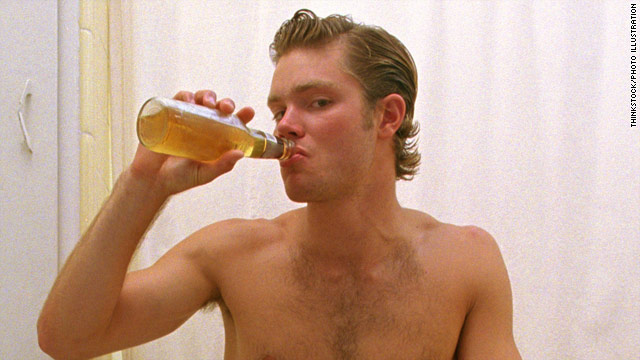 Profile pics that look like Budweiser ads -- or, say, this photo -- are probably not the best choices for your Facebook page.
STORY HIGHLIGHTS
RELATED TOPICS

(CNN) -- If a Facebook picture is worth a thousand words, we're pretty sure there's one word in the lexicon you'd be loath to have associated with you: tool.

(Unless you're a handyman, in which case, carry on.)

Yes, Facebook started off as a gated community for college kids awkwardly trolling for chicks in their rooms because the outside world was just too bright ... too bright. But now, as Mark Zuckerberg sallies forth with his plan to consume all of society, it has become kind of legit.

Last week, Zuckerberg unveiled a messaging system for the book of faces that will consolidate e-mail, texts, chat and Facebook messages. While we (unlike myriad reactionary news outlets) won't be calling Z's new baby a "Gmail killer" any time soon (dude, eradicate all those FB phishing scams and then we'll talk), the fact that Facebook would take such a step got us thinking.

Every day, 4 billion messages are shot off via Facebook, and next to those 4 billion messages is something that could make or break the legitimacy of your missive -- or, at the very least, amuse or horrify your friends: your profile picture.

This is your calling card, your public face. So why do so many of you contort it into that of a duck?

Read on for five common types of Facebook photos that make your friends want to block you, potential employers take pause and future suitors weep with frustration at the state of the human race. 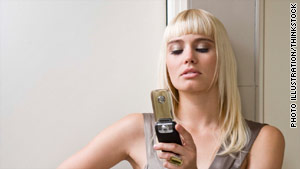 The pouty, self-taken "MySpace" mirror shot just makes you look like a narcissist.

Oh, the "MySpace shot" -- in which men pose shirtless in front of their bathroom mirrors and women pout into their boobs.

You think it makes you look sexy, but, truth be told, it makes you look like you have no friends. Which makes sense, considering the dudes are always hanging out shirtless in the bathroom and the chicks always look so freaking depressed.

Fun fact: Research from OK Cupid shows the "MySpace shot" is the most effective snap for women when it comes to racking up messages. Still, that same research shows that shots of a chick doing something interesting, as opposed to looking sexy, garnered more meaningful communication.

Yes, Facebook is not OK Cupid, but the research holds true: A cell phone pic may get you some attention, but, well, so will drunkenly passing out at a party and flashing your underwear.

And for those among you who are too deeply entrenched in the morass of narcissism to pry iPhone from hand, might we suggest getting an account on DailyBooth? This service lets you take a photo of yourself every day in order to track how your appearance changes over time. At least then you can call it art ... or something.

Subbing in an inanimate object/pet/baby 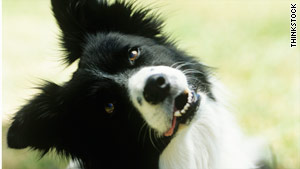 "Hey Tim... so, I've known you for about five years now and I'm pretty sure you are not a crude drawing of a dinosaur, a cat with lasers for eyes or a green square. No, I'm pretty sure you're a skinny dude with an only slightly unfortunate haircut."

So thinketh your friends when nary a picture on your Facebook profile is actually of you. Also, people will start to wonder if you have been disfigured in some horrifying accident and -- Phantom of the Opera-like -- are masking your hideous face with that of Conan's.

If you insist on getting creative with your profile pic, check out Twibbons, which lets you create profile images that promote a cause.

A couple of party pictures in which you're holding a glass of wine or a beer are fine, but a parade of profile pics that could pass for Budweiser ads -- or, for that matter, the photo above -- are probably not the best choice when it comes to looking like a professional/not an alcoholic.

Yeah, that pic of you in the pool doing Edward 40-Hands might be hilarious to your poker pals and fellow former frat bros, but the kids you teach fourth grade math to (and their parents) will probably be less than amused. 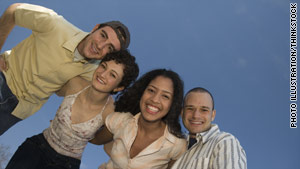 Yes, we get it -- you have lots of friends and are very popular.

Let's say you meet a new dude at a dark party. The guy seems nice, and looks to be cute from what you can tell through the haze of the smoke machine and Four Loko (it hasn't been banned everywhere yet, folks), but you can't quite tell because of the crudely markered-on Castro beard (oh, forgot to mention it's Halloween).

The next day, you eagerly seek out homeboy on Facebook, only to find a profile picture that features not one, but five similar-looking dudes lying in the grass -- wearing Wayfarers and fedoras. How are you supposed to tell which is which, and whether you should click "friend"?

Yeah, Facebook is not technically a dating site, but let's face it, the first thing you do after meeting a new romantic interest is stalk the hell outta him or her. According to a survey from Seventeen magazine, within one week of meeting someone, 79 percent of 16-21 year-olds add that person to their Facebook circle.

And, as shallow as it is, folks will judge you based on your profile -- that same research shows that 43 percent of girls would decide not to date someone if his profile was a bust. So don't hide behind your friends in the shot that's supposed to show who you are. Save that for after the breakup, when you run into her at your local watering hole.

Holiday or wedding pics ... months after the wedding 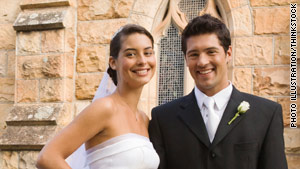 Sure, your wedding was awesome -- way back in JULY. Don't rub it in.

Yes, it was totally awesome that that Halloween party you went to featured not one, not two, but three Fidel Castros (you are the dude mentioned above, btw), but it's not so awesome that you should still keep a picture documenting this phenom front and center in late November. A week or two tops, friends, and then it's back to that lovely shot of you wearing pleated pants and a polo (we'll tackle that problem at a later date).

The same goes for wedding photos. It's really nice that you got married, and we all pored through every shot from the ceremony, but leaving up a portrait of you in full bridal garb for several months is akin to shoving your ring in your friends' faces daily.

We are no longer happy for you. You are now just gloating. We fear the day when you produce offspring.