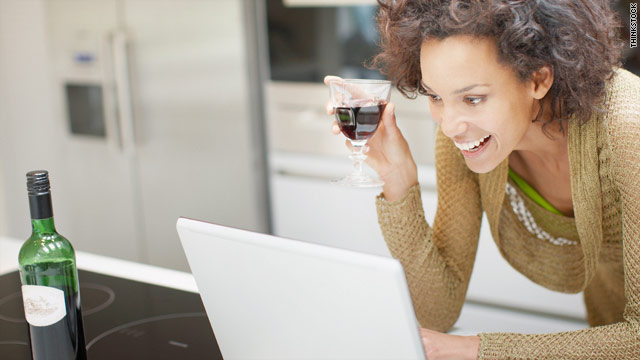 Did your mom's reply to your 3 a.m. Facebook video post reveal that, in the sober light of morning, it might not have been a good idea?

Set the hours you feel most likely to give in to booze-fueled temptation, and the plug-in will ask you to pass a simple test before being able log on.

"Nothing good happens online after 1a.m.," reads the Web page for the add-on, promising to help "put an end to the embarrassment that follows regrettable, late-night posts."

"Pass a simple test to prove you're sound of mind," it says. "Post away or, if you fail, maybe just go to bed."

A test on Monday required this writer [who was stone-cold sober, thank you very much] to keep the computer's cursor inside a moving circle.

Brenna Ehrlich over at social-media blog Mashable, however, reports flunking a sign-in test while sober.

"You try typing the alphabet backwards," she wrote. "It's not as easy as it looks."

The site also lets users set up the test on Myspace, photo site Flickr, blog host Tumblr and YouTube. The user can manually add other social-media sites to the list.

As evidence of the need for its service, the app's page features a scroll of what appear to be Twitter posts that could have been avoided.

"There may be a video that just popped up of me singing Taylor Swift's 'Mine.' I may or may not be drunk in it," says one.

"My boss is drunk in my living room when all I really wanna do is read Harry Potter before bed," says another.

The feature is similar to Google's "Mail Goggles." That app requires Gmail users who install it to solve math problems before sending booze-soaked messages late at night on weekends.