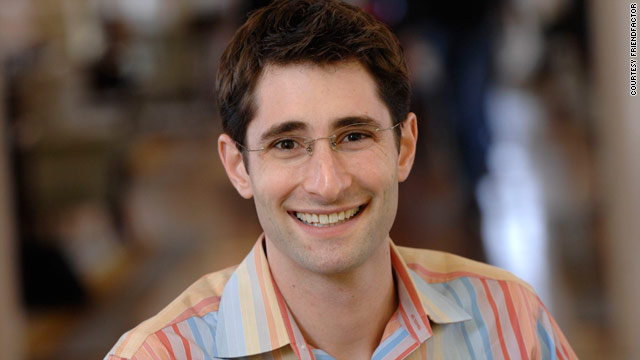 (CNN) -- How do you make a person go from thinking something to doing something? In recent years, when political or advocacy groups ask that question, they usually turn to the Internet.

It's a digital riff on a traditional idea.

But an upcoming online social network called Friendfactor is adding a new twist: The gay rights-minded site aims to make people -- not causes and information -- the center of its online campaign.

Gay people post profiles on the site and then ask their straight friends to support them in their individual fights for equality.

These "advocate" pages are part solicitation for help, part online diary -- allowing their creators to post information about their coming-out process and to solicit "burning questions" from straight friends.

When straight people pledge to support one of their gay friends, they automatically send a digital alert to the page's owner -- the same kind of social feedback as "liking" a Facebook status update.

Brian Elliot, the site's founder, said the reinforcement, on one hand, tells gay people they're not alone at a time when anti-gay bullying and gay suicide are making headlines.

It also repositions the gay rights movement, stripping away most of the issues and focusing on people, just as other online networks have done successfully.

"Gay friends are so much more important than gay rights," he said in an interview at the PopTech conference, an event dedicated to social change and technology.

The site will go live in coming weeks, although no specific launch date has been set. The two nonprofit groups that support Friendfactor have amassed about $500,000 in funding to get the site up and running, Elliot said.

Much of the support comes from gay rights groups, he said, but he noted that both Republicans and Democrats sit on his board.

Elliot, a 29-year-old who came out at age 16, said he "didn't expect to become a professional gay," but he thought the gay rights movement was missing a crucial component: straight people.

On a whim, he started a Facebook page called "Give Brian Equality." Of the 600 friends he invited to join, half did, he said. Within a month, 19,000 people had "liked" the page. Elliot figured that his story was the draw -- that his straight friends weren't interested in gay rights, but they were interested in helping him as a person.

On the site, he posted about how he was jealous of straight friends who were starting families, something he couldn't do in the same legal way.

"It's opening a new chapter in online advocacy," he said.

He also found that many of his straight friends were surprised by the issues he raised.

In addition to gay marriage rights and the military's "don't ask, don't tell" policy, which bans openly gay people from serving in the military, he said on that early page that 29 states allow employers to fire gay people because of their sexual orientation, and in 30 states, landlords can evict gay, lesbian and transgender people.

To highlight that, Friendfactor pages include a "Freedom Meter," which uses an algorithm to calculate how "free" people are, based on their sexual orientation and which U.S. state they live in. The site also publishes individualized "Free Your Friends" lists, which show straight friends how their gay friends rank in terms of legal rights.

The site aims to make contributing to gay rights fun and simple, he said.

Quoting advice he says came from a mentor, he said, "You can't ask people to sign up for a struggle because 'America's Next Top Model' is on -- and that's just more fun."