Mark Zuckerberg gives his take on 'The Social Network' 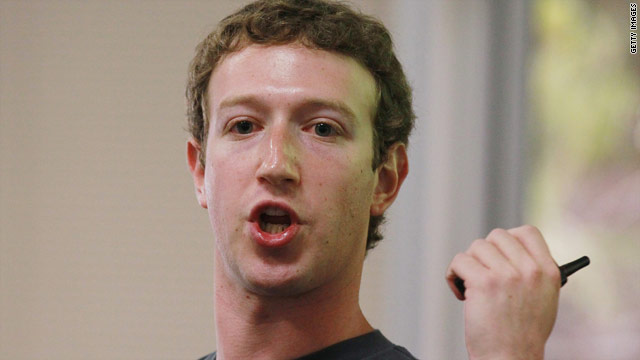 (Mashable) -- Despite previous statements that he had no plans to see "The Social Network," Facebook founder and CEO Mark Zuckerberg did, in fact, watch the film on the company's field trip to the movies last Friday.

I just wrapped up an interview with Facebook's iconic founder and Groups Product Manager Justin Schaffer at the company's headquarters in Palo Alto, California. We discussed the new Groups feature and data portability, but I did also manage to sneak in a question or two about the film, specifically about Zuckerberg's take on it.

While Zuckerberg skirted questions about his opinion of Jesse Eisenberg's portrayal of his early years, the 26-year-old CEO did say he's interested to see what effect "The Social Network" has on entrepreneurship. He told me that he gets "lots of messages" from people who claim that they have been very much inspired by what he's done; some say he's inspired them to go into computer science, others to start their own company.

I couldn't get him to rate the film for me, but I did get him to talk about what effect he thought it would have on the company he's built.

He's been asked a lot of questions about what exactly happened during Facebook's early years, he said in our interview. However, he added, "We build products that 500 million people see... If 5 million people see a movie, it doesn't really matter that much."

In other words, the movie is a drop in the bucket compared to Facebook's bigger ambitions to make the entire world more social. It seems like he's stopped worrying about the potential impact of the movie on Facebook's image and is focused on building and launching new products.

We've said all along that Zuckerberg should like the Facebook movie. I don't think you'll see him promoting it for an Oscar anytime soon, but it doesn't seem like he fears it anymore, either.