Why the no-fun 'FarmVille' is so popular 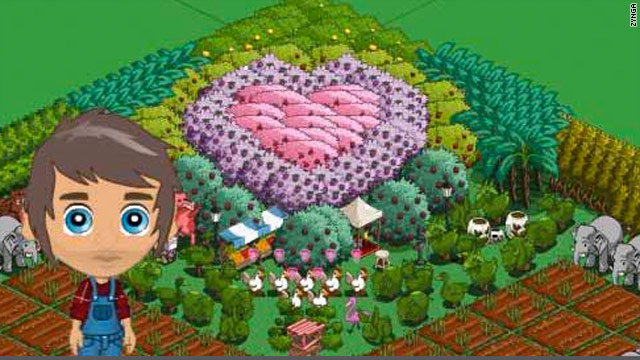 Zynga has made noise about establishing a destination site, but none of its games has taken off outside of Facebook.
STORY HIGHLIGHTS
RELATED TOPICS

(Business Insider) -- Zynga's hit Facebook game "FarmVille" is arguably the most widely played video game in existence. What is especially impressive about that is that "FarmVille" isn't any fun.

We aren't being snobs, saying people shouldn't like it because it isn't good. We're saying that people don't like it, but they play it anyway.

Try explaining "FarmVille" to someone who has never played it, and watch their eyes glaze over. Ask your friends who fill your Facebook newsfeed with their "FarmVille" accomplishments, and you'll find that most of them are embarrassed. They think the game is stupid and boring, but they just can't stop playing.

So why do so many people play "FarmVille" if it isn't fun?

There are two main reasons:

The simplest reason is advertising. "FarmVille" is advertised like crazy all over Facebook, so it's always in everyone's face. This advertising is incredibly effective, because it is so immediate: You click on the ad, and you're playing the game.

"FarmVille's" parent company, Zynga, isn't the only one advertising "FarmVille," though. Users are constantly advertising the game to their friends, too, through "viral" channels on Facebook.

As you play, the game periodically prompts you to post about your accomplishments on your Facebook wall. These posts, which are generated with a simple click from within the game, appear in all of your friends' news feeds. This encourages your friends to play. So Zynga gets free advertising. And because your name is attached to it, your friends think it's a word-of-mouth recommendation.

The less obvious reason that millions of people are addicted to "FarmVille" is that there's a sense of social obligation to play. If you don't play "FarmVille," your "FarmVille" friends suffer.

Zynga makes it your duty to play. Getting ahead in the game depends on having plenty of Facebook friends who are also playing.

If you know any dedicated "FarmVille" players, chances are you've seen messages from them about it: Their farms need help, and you are just the person! You are letting your friends down if you don't play.

All of this puts "FarmVille" in your face, whether you want it there or not. This rubs a lot of people the wrong way, but it's essential to the game's success.

Facebook recently cut back on game developers' ability to post updates to users' walls, because people were angry that their newsfeeds were filling up with "FarmVille" spam. Facebook games immediately began bleeding users.

Because they aren't fun, they need a constant barrage of ads and viral endorsements to keep people engaged.

This formula doesn't lead to good games, but it does lead to consistent success.

"FarmVille" is in a league of its own in terms of users, but as a game, it is almost identical to every other Zynga game and every game released by its competitors. The same game mechanics are copied and put in different contexts.

Whether you're running a farm, heading up a mafia family or taking care of your fish, the game remains the same. Zynga doesn't even have to think up the contexts: Most of its games, including "FarmVille," are nearly exact replicas of its competitors' offerings.

All of this makes Facebook an extremely odd platform for games. On the one hand, it is incredibly successful, generating hundreds of millions of dollars for Zynga alone. On the other hand, it leads to games that couldn't work anywhere else.

Zynga has made a lot of noise about establishing its own destination site, but none of these games has ever taken off elsewhere, because people won't play them without the ads, the viral reminders and the sense of obligation.

That should be troubling for Zynga. For one thing, its business is at the mercy of Facebook's whim.

For another, it raises an important question: What if someone finds a way to make fun games work on Facebook?