To unfriend or not to unfriend: That is the Facebook question 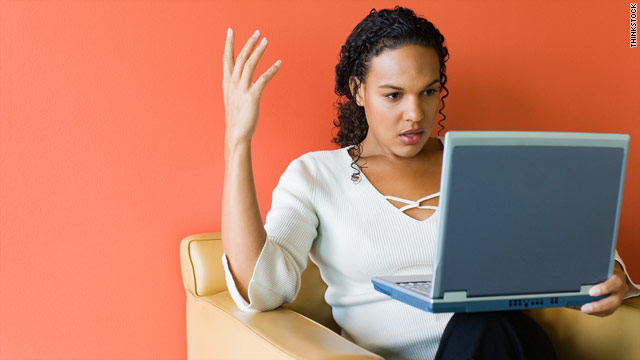 Unfriending someone online can be awkward or liberating, depending on who it is and how you do it.
STORY HIGHLIGHTS
RELATED TOPICS

(CNN) -- We've all done it -- surfed on over to the book of faces, our hearts racing and pupils dilating with excitement, let our cursors linger over those oh-so-powerful words, "Remove From Friends," and clicked away with the maniacal glee of a serial killer.

Still, there aren't that many among us who have the skill -- the expertise -- to cut ties without cutting deep.

At this point, some of you may be reminiscing about the sepia-tinged past, those glory days when, if you didn't want to chill with Lucy "I Eat Paste" Smith anymore, all you had to do was ghost out of her life, letting the last tendrils of your friendship dissolve into the ether like wisps of smoke.

Well, those days are as dead as Lucy's creepy gray front teeth. Now, every time someone exits your life, you have to decide whether to keep them in your Facebook stream or cut the lifeline.

"Friends and acquaintances come and go as we move through life stages and find the need for keeping some friends and losing others," says Dr. Larry Rosen, author of "Rewired: Understanding the iGeneration and the Way They Learn." "If you had no way to unfriend someone, then this would lose the authenticity of having a relationship."

You hear that? Unfriending is practically doctor-approved. Still, how do you know when -- and how -- to take the pal-eviscerating plunge? Read on for our tips on handling unfriending situations.

We've all nixed an ex-friend at one time or another. One group is even urging users to purge their Facebook feeds of annoying pals this week by declaring it Delete-A-Friend Week.

In fact, in an online poll of about 800 of our friends and readers, 43 percent said they were most likely to ax a close acquaintance when erasing a Facebook friendship.

Said axing usually happens because of one of two scenarios: One, your best guy friend's girlfriend hates you, a situation that led to a knock-down, drag-out fight at a local watering hole.

Two, you used to chill with this dude back when you lived in Illinois, dreaming of the jug band you would form when you moved to the big city. Now you actually live in the big city, where you do, indeed, have a jug band (ironically, of course), and homeboy is still back in the cornfields.

In scenario one, it would probably be a good idea to reach out one last time -- in the real-world realm -- and see if you can sort out whatever BS went down at the bar. If, in the end, your former best boy persists in the venom-spewing and un-pleasantries, it's probably more healthy to remove him from that glorious realm of time-wastery. Seeing his face pop up among photos of Muriel's wedding and Marco's new kitten ain't gonna do much for your sanity.

In scenario two, it's up to you to gauge how much Cornfield's presence offends you. According to Christopher Sibona, who penned "Unfriending on Facebook: Friend Request and Online/Offline Behavior Analysis," a paper he'll be presenting at the Hawaii International Conference on System Sciences, 50 percent of people who have unfriended someone saw the person in question zero times in the past year.

If your former friend has no impact on your current life, and you don't foresee yourself getting the band back together, why keep him in your cyber stable?

(If you're one of those other 50 percent who see the faded friend on a more frequent basis, you may want to rethink the "Unfriend." Nothing is more awkward than attending a party replete with ghosts of camaraderie past.)

Most of the time, it's probably best to hit "Unfriend" after the whole, "It's not you, it's me" talk. Out of sight, out of mind, and all that. But it seems like a lot of folks like to keep tabs on their exes via Facebook -- only 22 percent of those surveyed said that they were most likely to unfriend an ex.

Hey, I guess it's easier to make drunken, nostalgic mistakes when you still have access to their wall, huh?

If you do decide to take the plunge, be gentle. If you're the dumper, cut your ex a break: Let him/her unfriend you. It's the least you can do after putting his/her heart through this meat grinder called love.

If you're the dumpee, and the object of your unrequited attention feeds you some line about still wanting to be "friends" (an option that's about as enticing as forming a cuddle pile with your ex, her new dude and a couple of rabid skunks), send her a message before you clicky-click her outta your life.

Now, if your ex is basically El Diablo, just take aim and fire. And no one will blame you if you let out the littlest of evil laughs whilst doing the blocking or unfriending deed.

The enemy who friended you

Yup. He tortured you in grade school by mocking your name, your shoes and the way you crossed your T's. Now he's asking to be your friend, albeit a decade or two later via the World Wide Web.

Curious, you accept his request -- you just wanna know if he ended up marrying Missy, the homecoming queen, or if he finally made it to Hollywood. After seeing that he did, indeed, make Missy his Missus (with whom he reared four hideous, mulleted children) and that he did, indeed, take off to Tinseltown (you thought that dude in that scary Skinemax flick looked familiar), you feel no desire to maintain ties with the former bully.

Well, friend, this is your chance to get back at old Biff, so unfriend away. In fact, 22 percent of those surveyed would pull rather pull the trigger on an old foe than anyone else on Facebook.

Revenge is a dish best served cold, and nothing's colder than depriving someone of your thoroughly illuminating status updates -- there's an emo song lyric for every occasion, right?

One last thing: Our survey also included the option of "ex-boss," but only 12 percent of respondents would unfriend that acquaintance over all others. Good thinking: You really shouldn't be friends with your boss on Facebook, anyway.