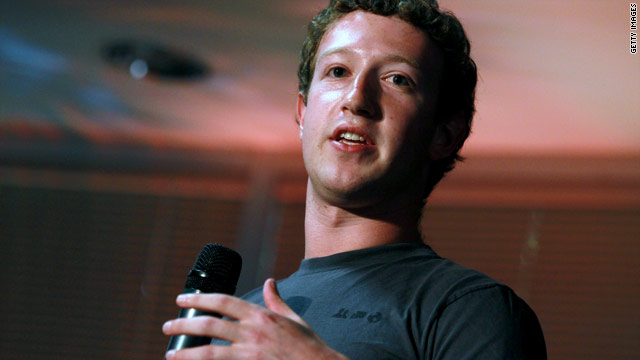 We don't know whether it's a bug or an intentional inside joke, but Facebook's developers have created jokes and pranks in the past, so we wouldn't put it past them.

Of course, we're also not sure why you'd want to block him; it's not likely that he's spamming your wall with unwanted FarmVille invitations.

Nevertheless, there's a website called Block Zuck that acts as a sort of catharsis for people fed up with some of Facebook's recent choices, such as allowing your friends to location-tag you in Facebook Places by default with no confirmation from you.

Maybe you'll want to block Zuckerberg after you see the fictionalization of his early years at Facebook in the upcoming movie "The Social Network" just for the principle of the thing.

Or maybe you'll just laugh a little at this easter egg or bug and move on with your life.

Assuming this isn't just a bug, is it a funny easter egg, or a joke in bad taste? Let us know in the comments.