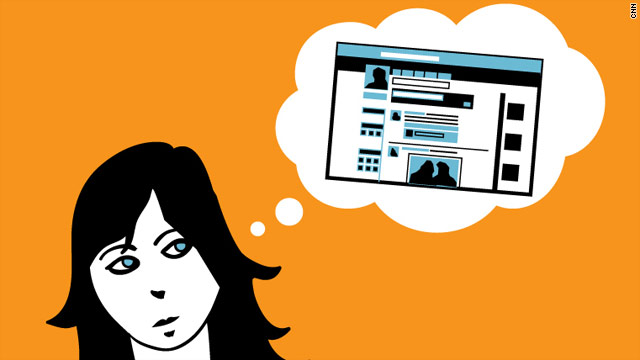 Grandmas are commenting on their teen grandkids' angst-ridden status updates. One of your grade-school teachers wants you to join their mafia.

Candidates for the Planning and Zoning Commission have fan pages. So does actor Will Arnett's voice. Not Will Arnett. Just his voice.

People spend more than 700 billion minutes per month on the site and, according to Facebook, 400 million of them have logged in during the past month. Keep in mind there are only 309 million people in the United States -- total.

In the United States, the answer comes pretty close to this: "nobody who (a) would like to have an account and (b) is able to create one."

"In certain countries, particularly the United States and Western Europe, Facebook has actually reached a point where it appears they've saturated the market," said Justin Smith, founder of Inside Facebook, which offers news and market research on the social networking giant.

Sure, there are the people who just don't use computers. And everyone knows that one guy who can't wait for Facebook to come up in conversation, just so he can loudly and proudly announce he's not a part of the network.

There also were a handful of users who bolted in recent months over privacy concerns.

But in the United States, it seems like that's about it.

"It's people who are not computer users -- either really young or really old and for whom using technology just isn't a part of their daily lives," Smith said. "For people who do rely on technology, Facebook has just really become a common way to function and get a lot of normal things done."

According to the International Telecommunication Union, there are about 1.7 billion people in the world with internet access. Since everyone on Facebook has to use the internet, that means Facebook can count about 40 percent of the digitally enabled population as its users.

In densely populated India and the teeming cities of Brazil, local social networking sites have won the loyalties of internet users. But Facebook has them in its sights.

In certain countries, ... Facebook has actually reached a point where it appears they've saturated the market.
--Justin Smith, founder of Inside Facebook
RELATED TOPICS

Google-owned Orkut has been the top social site in Brazil. And Brazil has the world's second-highest reach by social networking, with 85 percent of internet users visiting the sites, according to web stats firm comScore.

The number of active computer users on Facebook in Asia is just a little over 2 percent and it's just about 1 percent in Africa, two places Facebook is targeting.

And in those areas, there's a familiar-looking pattern that might mean the Facebook boom could be on the way.

Students are becoming the early adopters, followed by young adults -- presumably opening up the possibilities that older and younger folks could be on the way.

"Those growth patterns really are mirroring what happened in the U.S.," Smith said.

To analysts, that means a half-billion users might not even be close to Facebook's potential.

"Is one billion users possible? With revenue approaching $1 billion and extensive efforts underway in mobile that can help Facebook extend its reach in the developing world, it certainly can't be ruled out," wrote Adam Ostrow, editor-in-chief of social media blog Mashable, which is a CNN content partner.

So, if you're a Facebook user in Cairo, Seoul or Rio, get ready. Grandma just might be on her way.