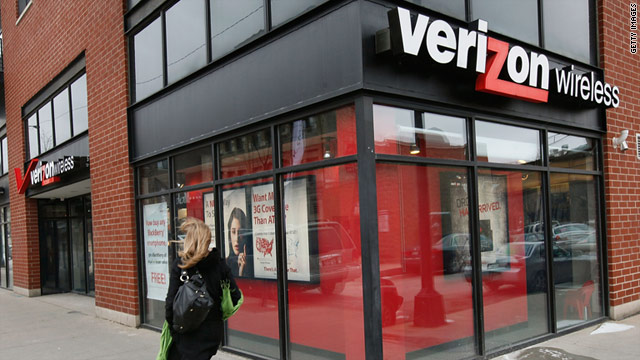 (CNN) -- Many Verizon Wireless customers were unable to access the mobile internet early Wednesday morning because of a network glitch, the company said.

The "technical glitch," which occurred during network maintenance, stopped Verizon users from being able to access mobile websites from about 1:40 to 5 a.m. ET on Wednesday, said Jeffrey Nelson, a Verizon Wireless spokesman.

The outage affected a "large part of the country," but not all Verizon customers, Nelson said. Verizon users were still able to send and receive data on Verizon's 3G network, he said, but could not access websites through a phone's mobile browser.

Reports of a "nationwide" Verizon outage hit tech blogs and Twitter on Wednesday morning. Engadget had this to say on the subject:

"We've heard from a bunch of folks this morning that Verizon's 3G network is experiencing a slight bout of disconnectedness, causing a great deal of grief and discombobulation around the country. Just sit tight, we're sure engineers are engineering solutions as we type this, and will update you as soon as things have been rectified."

Some Twitter users reported losing internet service on their phones.

"Dear #Verizon, please let your customers know if and when a #3G outage is happening. It would save me the stress of thinking my phone died.." wrote one user, named @bigred89.

Others, however, wrote that they were able to connect to the network without trouble.

@wscato wrote: "Verizon 3G appears to be back up in Charlotte, NC."

By mid-morning Wednesday, Verizon was declaring the problem resolved on its customer-support Twitter feed.

In response to questions on Twitter, Verizon employees told customers to restart their mobile phones by powering them off and then turning them back on.