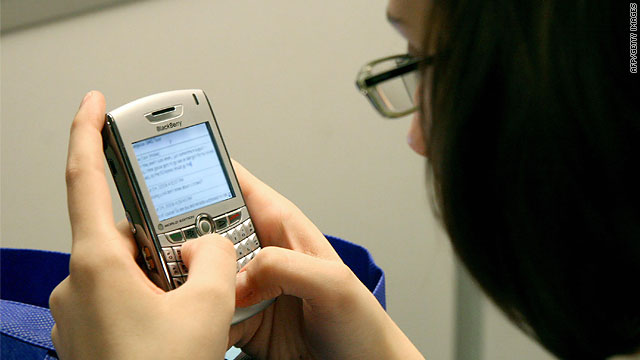 Don't expect court cases on when law-enforcement and other government agencies can track cellphone data to go away soon.
STORY HIGHLIGHTS
RELATED TOPICS

(CNN) -- If you're like most people, you probably carry a tracking device around with you everywhere you go: your cell phone.

But under what circumstances can the U.S. government lawfully use it to snoop on you?

Also, some law-enforcement agencies (like the FBI) reportedly have begun hiding GPS devices on the vehicles of people they're investigating. Do they need a warrant to do this?

Those are the kinds of questions recently raised in three U.S. court cases, highlighted by the Electronic Frontier Foundation, a nonprofit group that advocates for free speech, privacy, innovation, and consumer rights, according to its website.

So far, judges generally seem to want to preserve the right to require that government agents obtain a warrant in order to get your cell phone location data or track your car's movements -- but the federal government keeps pushing for these actions to be warrantless.

A case currently in the 3rd Circuit U.S. Court of Appeals in Philadelphia, Pennsylvania, is considering whether the government needs a warrant to obtain cell phone company records that reveal your past whereabouts.

This case has been bouncing around the courts a while. In 2008, during a drug investigation in Pittsburgh, Pennsylvania, the government asked for court permission -- without showing probable cause -- to obtain cell-phone tracking information.

The U.S. Department of Justice appealed Lenihan's decision. Then, in September, the 3rd Circuit Appeals Court affirmed that judges can indeed choose to require warrants for this kind of search -- although it said this option should be exercised "sparingly."

The Justice Department is continuing to push for the government's ability to obtain cell phone location data without a warrant, and is now asking for all of the judges in the 3rd Circuit Court to review and overturn the September decision. EFF contends that reconsideration isn't needed, and that this decision should stand.

Just a couple of weeks ago, the District of Columbia Circuit Court of Appeals denied a similar government effort in a location privacy case.

According to EFF, in U.S. v. Maynard "the appellate panel ruled that the warrantless installation and use of a GPS tracking device to monitor a suspect's car violated the Fourth Amendment's ban on unreasonable searches and seizures."

In that case, FBI agents installed a GPS tracking device on a vehicle parked on private property, and used it to track the car's position every 10 seconds for a month -- without a search warrant. This precedent might influence the Pennsylvania case.

And in Houston, District Judge Stephen Smith recently issued his latest in a series of opinions denying a government request to obtain cell phone location records without a warrant.

Expect these kinds of cases to continue -- and expect law enforcement surveillance efforts to eventually expand into other location tracking technologies, such as RFID (radio-frequency identifier) devices. A good place to keep track of location privacy issues is the Digital Due Process Coalition.

And if you're concerned that the police, FBI, or anyone might track your location through your cell phone, turn it off -- completely powered off. Even in "sleep" mode, your phone constantly communicates its location to nearby cell towers, just in case someone calls you.