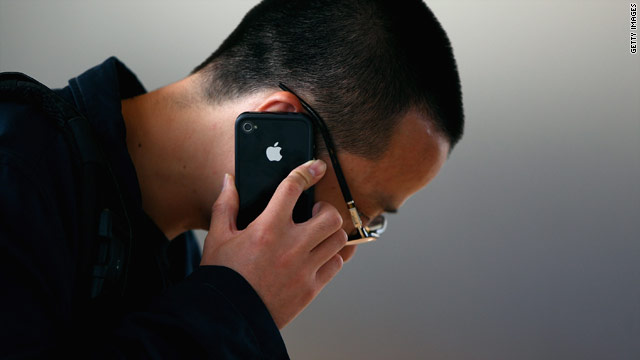 But Apple iPhone users in the United States must also remember to delete and then reset their phone's alarm clock -- otherwise they may be an hour late for work on Monday morning.

A glitch in the iPhone's operating system will cause recurring weekday alarms not to ring on time on Monday morning because of the end of Daylight Saving Time, which occurs at 2 a.m. on Sunday in the United States.

The phone's alarm app doesn't recognize the time change and will ring an hour late if users don't go into the program and manually reset the alarms.

Users who depend on the iPhone to wake them up should create one-time alarms specifically for Monday morning, said Apple spokeswoman Natalie Harrison.

"We suggest customers set nonrepeating alarms for now and reset after November 7 to resolve the issue," she told CNN.

Later this month, Apple will release an updated version of its mobile software, iOS 4.2, which will permanently fix the problem, Harrison said.

This news comes after iPhone users in Australia and Europe reported problems with their alarms ringing late after time changes on those continents earlier this year.

After iPhone users in Europe woke up late on Monday, a Twitter user named garrettc wrote:

"Daddy, do you remember where you were during the great iPhone alarm calamity of 2010?" "No son, I was asleep."

However, a morning without iPhones sounds appealing to some.

"A whole hour of peace and quiet in the office this morning without any iPhone users courtesy of Apple," wrote a Twitter user named jamiei, in response to reports about the iPhone glitch in Europe.

If you're in the United States and want to create an iPhone alarm that will work Monday, follow these steps:

2. Click on the Alarm icon at the bottom of the screen.

4. Create an alarm and make sure you have the "repeat" option set to "never." (The glitch only occurs with repeat alarms, such as those workers set to wake them up at the same time each weekday).

5. Select the appropriate time and sound, and click "save."

6. After November 7, you can again create repeat alarms without trouble, but you should delete any recurring alarms that you set before that date, Harrison said.

What do you think about the iPhone alarm glitch? Let us know in the comments section below.

If nothing else, we think the amount of interest in this glitch shows how fully dependent people have become on their smartphones. For more on that, check out our recent series: Our Mobile Lives.