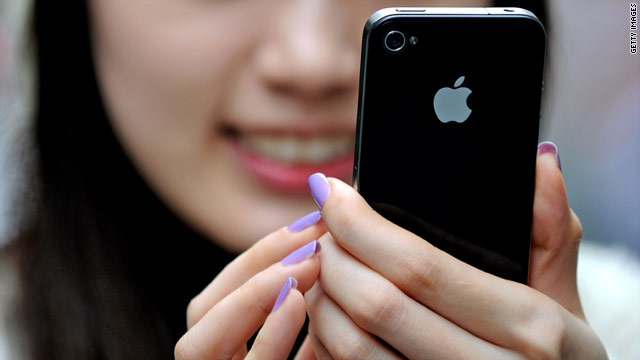 If Apple is planning to bring any design changes to the CDMA version of the iPhone, a back that's susceptible to cracking could be holding up the process.
STORY HIGHLIGHTS
RELATED TOPICS

(CNET) -- Apple likes glass. A lot. You can tell that much from its many retail stores, and in its products where glass is used in displays, notebook trackpads, and both the front and back of the iPhone 4.

That last place, though is what might be causing the company some headaches.

That's according to a report today from Gdgt, which says that slip-on cases -- the kind that cover the back and sometimes front of the iPhone 4, have been the cause of serious cosmetic damage with the backside of the iPhone. Dirt and other loose bits of debris from your pocket end up in that space.

Over time, that can lead to a shattered backside as small scratches grow to become large cracks that travel across the back of the device, much like a ding on a windshield.

This has become a big enough problem, the report says, that Apple's engineers have been hard at work in "a quiet lockdown," testing various third-party cases to see how widespread the problem is, and presumably to make sure it does not happen with future iterations of the device.

The news comes at an especially interesting time given the recent expiration of Apple's free iPhone 4 case program (which included Apple's no closed-back bumper), and the reported beginnings of mass production for a CDMA version of the iPhone said to be coming to Verizon in early 2011.

If Apple is planning to bring any physical design changes to that version of the iPhone, a back that's susceptible to cracking could very well be holding up that process.

This wouldn't be the first time cracks have cropped up on Apple's hardware, or the iPhone line for that matter.

Both the Mac G4 Cube, which was introduced in 2000, and the iPhone 3G experienced reports from users that the outsides were developing "hairline surface cracks."