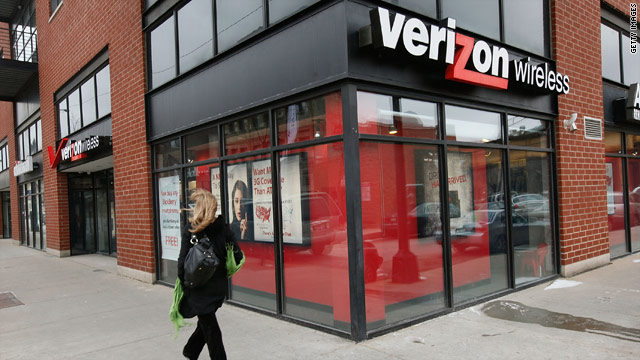 Verizon says it will send rebates to about 15 million customers after it charged them for data they didn't use.
STORY HIGHLIGHTS
RELATED TOPICS

(CNN) -- Given the news about Verizon Wireless overcharging its customers by about $50 million, mobile phone users may be smart to examine their bills more closely.

About 15 million of Verizon's customers were charged $2 to $6 fees in recent years for data that they didn't use and hadn't signed up to receive, the company said in a statement issued Sunday. Those customers will get credits on upcoming bills, and former customers should see checks in the mail.

These bogus fees came to light because of reports from consumers, according to the U.S. Federal Communications Commission, which said it has been investigating Verizon since January after getting consumer tips.

But how should consumers spot these kinds of bad fees? And are certain plans more vulnerable than others?

The details of the Verizon case may be sorted out by the federal investigation, but here are a few generalized tips for mobile phone consumers of all networks:

Sometimes wireless network companies may try to "cram" small fees into their bills, according to a FCC fact sheet on the subject.

Consumers would be well served to know what these bogus fees tend to look like. That starts with knowing what kind of plan you signed up for. If you don't have a plan that includes wireless data -- which is used to get you on the internet, run many apps, check e-mail, etc -- then one of the first things to look for is a "data" charge on your bill.

Complain if you see something odd

If you question something on your bill, report it as soon as possible. Mike Gikas, a senior editor for electronics and technology at Consumer Reports, said consumers who report issues with their mobile phone bills right away are much more successful in getting bogus fees repaid to them.

If going to the company doesn't work, the FCC also has a website devoted to consumer complaints, and the commission encourages consumers to report any billing matters that seem out of whack.

"Immediately call the company that charged you for calls you did not place, or services you did not authorize or use," the FCC says. "Ask the company to explain the charges. Request an adjustment to your bill for any incorrect charges."

Alison Southwick, a spokeswoman for the Better Business Bureau, said her consumer group gets more complaints about the cell phone industry than any other. Last year, the bureau received more than 37,000 complaints about wireless networks and mobile phones -- making up about 4 percent of all complaints lodged with that group.

Know how your phone works

"We don't know what's in their hearts and minds, but we do know the way the phones are designed it's very easy to stumble into extra-charge services," Gikas said. Buttons that direct phone users to the internet are often easy to punch by accident, even if you don't have a data plan, he said.

It's smart for consumers to get to know their phones as well as possible, he said. Know what you will and won't be charged for, and try to avoid punching the wrong keys.

In some cases, mobile phone subscribers also will be charged for incoming text messages. If this applies to your plan, it may be smart to ask your wireless company to block these kinds of messages, Gikas said.

But that may take some work.

"It's not always easy to block unwanted charges," he said.

In the case of the Verizon overcharges, the company said most of the 15 million customers who were hit with bogus fees were charged $2 to $6.

The FCC said these small fees are somewhat common and can be easily overlooked by consumers when they scan their bills.

"Make sure you know what service was provided, even for small charges. Crammers often try to go undetected by submitting $2 or $3 charges to thousands of consumers," the FCC says in its fact sheet for consumers.

The Better Business Bureau's Southwick said consumers should know exactly how much their wireless service normally costs. "You want to look out for any changes in your bill," she said, even small ones.

Some "iron-clad," two-year mobile phone contracts are set up in a way that makes it easier for wireless companies to charge unnecessary fees, Gikas said. "It's very restrictive and it's very easy for you to not have a good deal," he said of the two-year contracts. "For you to get the most out of it you have to use exactly what you pay for -- not any more, not any less."

Prepaid phones, which are not under contract, can save some mobile phone users up to half the cost of their monthly bill, he said, because consumers only pay for the minutes and data they use, and therefore aren't hit as often with suspect charges for exceeding part of a contract.

There are drawbacks, though. Prepaid phones tend not to be as new as those with restrictive contracts. And heavy data users may end up paying more under a prepaid plan at this point, Gikas said.