Adult texters catching up to teens 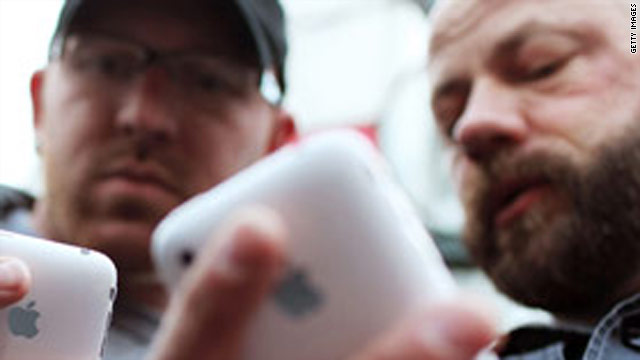 The number of adults who say they use their mobile phones to text has grown in the past year -- although teens still lead.
STORY HIGHLIGHTS
RELATED TOPICS

(CNN) -- Grown-ups don't text as much as teens -- at least not yet. A new survey suggests they may be catching up.

About 72 percent of adult mobile phone users send text messages with their phones, according to a report released Thursday from the Pew Research Center. That's up from 65 percent just a year ago.

About 87 percent of teenagers use their phones to tap out messages to each other, the survey said. And they're way busier. Teens send an average of 50 text messages a day, five times more than the 10 that adults send daily.

"Texting among adults has reached the mainstream ... ," said Amanda Lenhart, a senior research specialist at the Pew Research Center's Internet & American Life Project and the author the report. "Of course, none of these adult groups hold a candle to teens when it comes to texting, who swamp adults in messages sent per day by a factor of five."

But while they're texting more, Americans still have mixed feelings about mobile phones. In a nutshell: They like their own, but they hate yours.

Almost all mobile phone users, 91 percent, say having the phone makes them feel safer, and 88 percent say they like how the phone helps them make plans with family and friends.

But nearly as many, 86 percent, say they think it's rude when other people repeatedly check their phones during meetings or conversations.

And how's this for getting attached to your mobile device? About 65 percent of adults said they sleep with their cell phone either on or right next to their bed.

The findings come from a nationwide telephone survey of 2,252 American adults conducted between April 29 and May 30, 2010. It has a margin of error of plus or minus 2 percentage points.

Teen findings were based on a representative group of 800 teens, ages 12-17, and their guardians conducted from June 26 to September 24, 2009. It has a margin of error of plus or minus 4 percentage points.]

The report was the second in as many weeks from Pew showing older internet users catching up to the habits of their younger counterparts.

Between April 2009 and May, the percentage of internet users 50 and up who said they use social-networking sites has risen from 22 percent to 42 percent, according to the survey.

Respondents 65 and older reported a 100 percent increase, while those between 50 and 64 jumped 88 percent.

By comparison, the number of users from 18-29 who said they use networking sites rose a much more meager 13 percent.