Mobile mapping while driving: Is it risky? 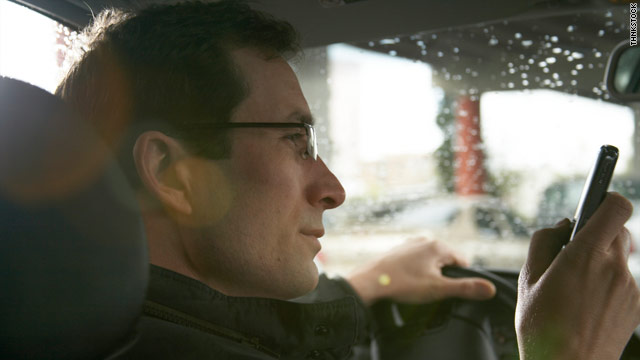 Many people have GPS-enabled smartphones with maps that update in real time. But are they dangerous behind the wheel?
STORY HIGHLIGHTS

(CNN) -- Texting while driving is not just dumb -- it's also an equal-opportunity mistake.

According to a new survey by Telenav (a major provider of mobile GPS services), nearly 25 percent of both male and female respondents reported sending at least one text message while driving per week.

Actually, men tend to text a bit more behind the wheel than women. In all, 36 percent of men who admit to texting while driving indicated that they send an average of seven or more texts per week. Twenty-three percent of women say they text from behind the wheel as frequently.

But what about mobile maps?

Video: Don't text and drive, let the car do it
RELATED TOPICS

Usually this isn't a matter of typing in an address and looking up directions while cruising down the highway at 70 mph. What I've seen more often is that the driver has a map pre-loaded into the phone, and occasionally picks up the phone to glance at the GPS update to see how close the next turn is.

Yes, GPS devices that speak directions aloud, or that have a screen display designed to be mounted on the dashboard for viewing while driving, have become popular. But many people (perhaps more) have GPS-enabled smartphones with map applications that update in real time. The temptation to pick up your phone and glance at a map there while driving, and maybe zoom in or out a bit, can be considerable.

I don't know whether this is any more or less dangerous than consulting a paper map or printout of directions while driving, but it does seem risky.

What do you think? Have you mobile-mapped while driving, or seen it happen? Do you think it poses a risk? And are special GPS navigation units any more or less risky?