Adults as likely to text while driving as teens, study says 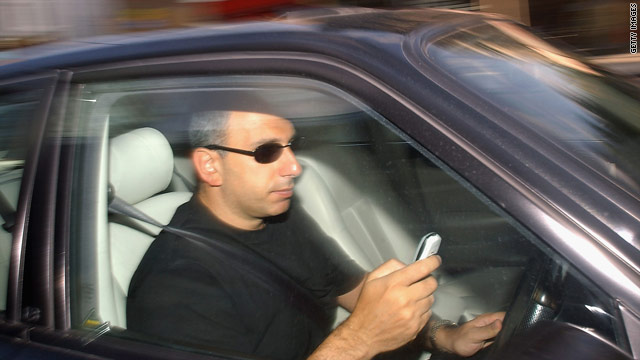 About half of adult texters say they have texted while driving, while a third of texting teens say they have, a new report says.
STORY HIGHLIGHTS
RELATED TOPICS

(CNN) -- Adults are just as likely as teenagers to text while driving, according to a report released Friday by the Pew Research Center's Internet & American Life Project.

The report, titled "Adults and Cell Phone Distractions," found nearly half -- or 47 percent -- of adult texters say they have sent or received text messages from mobile phones while driving.

In comparison, 34 percent of teens who text say they have done so while driving, according to a report released by Pew in September.

Of all adults, including those who don't text, 27 percent said that they had sent text messages from behind the wheel, according to Friday's report. About the same amount of all driving-age teens -- 26 percent -- said they had done so.

The new information might come as a surprise to adults, especially parents who are concerned about their kids texting while driving, the group says.

"Adults may be the ones sounding the alarm on the dangers of distracted driving, but they don't always set the best example themselves," Mary Madden, a senior research specialist at Pew, said in a statement.

There has been growing concern regarding the dangers of texting and talking on the phone while driving. Seven states and the District of Columbia now ban all cell phone use while driving, the Pew report says.

In 2008, about 6,000 American drivers died in car accidents that involved distracted driving, according to the National Highway Traffic Safety Administration.

The youngest generation of adults -- those 18 to 34 -- are more likely than any other age group to report texting while driving, the Pew survey says.

Adults aren't off the hook when it comes to talking while driving, either.

Adults were "substantially more likely than teens to have talked on their cell phones while driving," the Pew report found, with three-quarters of cell-phone-owning adults saying they have had conversations on the phone while driving.

Meanwhile, about half -- or 52 percent -- of cell-owning teens reported the same in 2009. The Pew report counts driving teens as those ages 16 and 17.

"It is just as hard for adults as it for teenagers to resist chatting with friends and sending off that quick text even in the midst of heavy traffic," Lee Rainie, director of Pew's Internet & American Life Project, said in a statement.

Madden, the senior researcher at Pew, said the teens surveyed were not embarrassed to say they had texted while driving. "We found that in our focus groups they were comfortable discussing it either way," she told CNN.

"We are very comfortable with these numbers," she added.

Friday's data come from a nationwide phone survey of 2,252 American adults, ages 18 and older, conducted between April 29 and May 30.