Why big tech companies like Google can still innovate 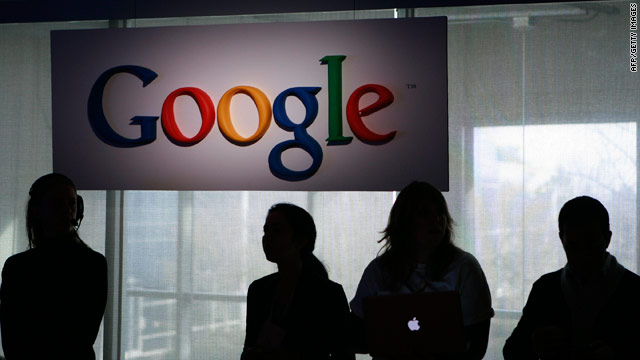 Google lost one of its star engineers this week. Can a company be too big to innovate?
STORY HIGHLIGHTS
RELATED TOPICS

The departure of Lars Rasmussen, co-creator of Google Maps and Google Wave, is only one example, but it raises interesting questions about the precarious nature of corporate tech innovation:

Can companies grow and continue to be be creative and innovative? Or will smaller operations always have a monopoly in the new-ideas department?

This is especially pressing because, with this latest project, the highly ambitious e-mail replacement software called Google Wave, Rasmussen was trying to prove to himself and to Google that innovation is possible at an enormous company.

The Google Wave team operated like a start-up within that search-engine giant. They set up an office in Sydney, Australia, far from Google's California headquarters, worked largely in secret (rare at a company known for its internal openness), and agreed upon incentives that would reward them if Wave succeeded -- injecting some risk-reward pressure into the corporate mix.

All of that failed spectacularly. Google decided to kill Wave in August, although CEO Eric Schmidt told reporters that Google would adapt some of the back-end technology into other products.

Despite this evidence to the contrary, some business-types defend Google and the ability of big companies to come up with fresh ideas -- if they're willing to make that a priority.

"I don't think there's any reason why you can't be as big as Goliath and as nimble as David," said Jim Andrew, a senior partner at the Boston Consulting Group, which publishes a yearly list of the world's top innovative companies in conjunction with Bloomberg Businessweek. This year, Apple, Google, Microsoft and IBM led the list. Facebook and Twitter were nowhere to be found.

"Big companies have a tremendous number of advantages that should allow them to actually be, I would argue, more innovative than a given smaller company," Andrew said.

Chief among these advantages, of course, is money.

If a small company has a great idea, it may not be able to pull it off and bring it to market because it doesn't have the cash to do so, he said. Big companies, by contrast, can easily "scale" something new.

On the other hand, the internet and cloud computing have greatly reduced the cost of starting and growing a tech company. Some start-ups -- from Twitter to Tumblr -- only need employees and server space to make their business models work. The computer power can be rented from companies like Amazon, which only charge websites for the amount of server space they use.

Another advantage: Big companies are capable of taking big risks.

The tech giants tend to have a wide range of products or services to offer -- meaning they can take bets on new ideas without risking their entire business, Andrew said. Start-ups, in contrast, tend to base their future on a single product or concept. They bet big, but most of them "end up dying," said Karim Lakhani, an assistant professor at Harvard Business School. "They go out there, they try different things and then there's a large, large failure rate," he said.

But small companies tend to have fewer rules, which can lead to employees having more time to be creative -- and this kind of spirit just attracts more idea people.

New entrepreneurs also tend to be incredibly motivated. Seth Priebatsch, CEO of a start-up app called SCVNGR, keeps a sleeping bag under his couch so he can sleep in the office. Any time he spends not working on the app makes him feel guilty -- because he worries someone else will beat him out.

And that type of work ethic is normal in the start-up world.

Foursquare founder Dennis Crowley operated earlier this year in an office with several other start-up companies, with his employees sitting at long cafeteria tables instead of desks. For some, those kinds of environments are conducive to intense work and throw-out-the-old-model thinking.

But big companies are capable of letting loose the reins and motivating employees, too.

Google, for example, famously gives its engineers 20 percent of their work time to spend on pet projects of their choosing.

Lakhani praised Google's decision to experiment with Google Wave. It shows that the company is interested in trying new things and recognizing failures early on. The system wasn't broken, he said -- just the product.

Google spokesman Aaron Zamost also said Google Wave is a success story in that it shows the big company is willing to take risks and will continue to do so.

"We want to resist large company syndrome," he said. "Google is big -- but Google is scrappy."

Both Lakhani and Andrew said it's easy for big companies to get too comfortable and forgo the risks that are necessary for innovation to occur.

Microsoft, for example, has done a good job of recognizing new trends and jumping on them, he said, citing the company's decision to jump into console gaming, mobile phones and Web apps. Others, particularly high-end PC manufacturers, haven't had such success in breaking down old business models and starting anew, he said.

"As companies get bigger that latitude [for employees to be creative] often unfortunately gets taken over by more rigid management structures and more rigid philosophies," Lakhani said.

Maybe that's a lesson the ever-growing Facebook can learn from. As The New York Times points out, some of Facebook's founding fathers are now moving on to start companies of their own.