How they make those adverts go straight to your head 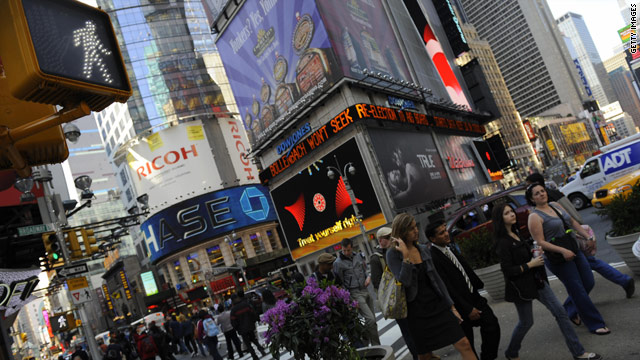 Do you mind? Neuromarket research tries to get into your head to learn what sells.
STORY HIGHLIGHTS

(CNN) -- Audience testing has been used for decades to judge how well a film or product will be received, but proponents of an emerging field called "neuromarketing" hope it can provide hitherto unseen insight into the minds of consumers.

The area of research was started by Princeton University academic Uri Hasson. Called neurocinematics he used a functional MRI scanner to analyze brain activity while subjects watched a variety of films.

But those interested in this high-tech mind-reading are by no means limited to Hollywood mandarins or professors, and many areas of business have already woken up to its marketing potential.

We have found that in the first 800 milliseconds of every participant watching television commercials there is a spike in activity.
--Ron Wright, CEO Sands Research Inc.

"It is not a replacement to existing market research methodologies but an adjunct that will offer additional insight which the participant may have found difficult to verbalize."

Although consensus isn't everything -- how may lame movies make a fortune at the box office? -- Hasson's work has popped the hood on the audience experience and in doing so allow filmmakers, and now marketeers, to understand better the effect of their product on the audience.

EEG measures the brain's electrical activity, which is then time synced with eye-tracking equipment for defining where the participant is focusing on the screen. It provides a millisecond by millisecond, frame by frame measurement of the brain's response and emotional engagement to advertising stimulus.

Tailor-made adverts to suit your mind

Wright says that it's possible to use these techniques to provide a structure for how a commercial needs to work in order to maximize its impact.

"We have found that in the first 800 milliseconds of every participant watching television commercials there is a spike in activity," he says.

"This the viewer's brain, specifically the frontal lobe, deciding 'Have I seen this before, do I continue to watch the material and how much of my brain resources do I allocate to continue watching this commercial.'

"Story matters to retaining constant interest. To retain you in a Bud Light commercial, notice how they give you a story then the logo and then the ending of the story which keeps the viewer's attention throughout the 30 second spot."

There are also many subtle, practical ways that neuromarketing can be used to check an ads efficacy.

"A car company we work with wanted to highlight their new dashboard," says Wright.

"However, from eye-tracking we noticed that by the time the viewer looked at the driver's face -- always the first focal point -- and then moved down the body to the dashboard, the editors had already cut and moved on to the next scene."

In today's crowded digital media environment, neuromarketeers believe they can help firms cut through the noise and get straight to the consumer.

"The social network generation has changed how ads work altogether; it is now how the consumer interprets the brand that really gives it its signature," Philip Carlsen, MindSign Neuromarketing, told CNN.

"Market research is too expensive and too important not to get accurate information. We believe that focus groups are the first step in gathering market research but in order to be truly effective neuroscience data is needed."

To date, however, there has been little neuromarketing research published in peer-reviewed scientific journals, and there are too few publicly accessible data sets from controlled studies to demonstrate conclusively that buying behavior can be correlated with specific brain activity.

"The major neuromarketing firms say that their client work demonstrates this, but none of this has been published in a way that the scientific community can critique it," says neuromarketing consultant and blogger Roger Dooley.

Certainly the firms CNN spoke to were unwilling to discuss the specifics of their work with clients because of non-disclosure agreements. What seems certain, however, is that as the technology being used continues to develop, so will the potential of neuromarketing to business.

Quite how rapidly that happens may depend on getting more research into the public domain.

"Futurist Ray Kurzweil has predicted exponential improvement in temporal and spatial resolution of brain scans for decades, and we are seeing a little of that," says Dooley.

"[But] the biggest development that I hope we see is some solid research validating neuromarketing techniques. That would be a bigger boost for the industry than modest technology improvements."