HP Slate: The $800 business netbook without a keyboard 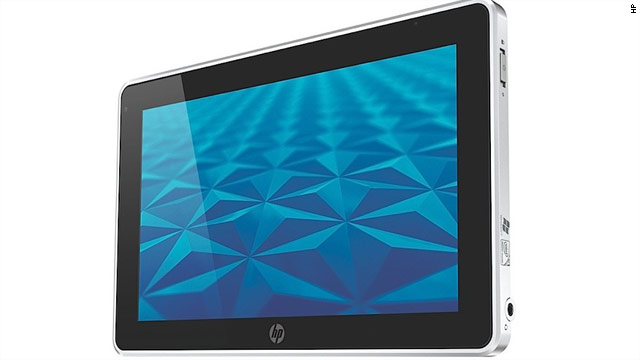 The Slate was proudly touted by Microsoft's Steve Ballmer as an iPad killer, back before the iPad even existed.
STORY HIGHLIGHTS
RELATED TOPICS

(WIRED) -- HP has at last revealed its long-awaited Slate, an 8.9-inch tablet with capacitive multi-touch and running Windows 7.

The Slate, you will remember, was proudly touted by Microsoft's Steve Ballmer as an iPad killer, back before the iPad even existed.

So is this an iPad competitor? No freakin' way.

The HP Slate 500 Tablet PC is just that, a PC. It runs on a 1.86GHz Intel Atom Z540 processor, has 2GB RAM and a 64GB SSD, along with a Broadcom accelerator for 1080p video, a USB port, HDMI-out, a hardware Ctrl-Alt-Delete switch, a button to activate the on-screen keyboard and a pair of cameras, one on the back for photos and one on the front for Skyping.

It also has, somewhat unbelievably, a slide-out Windows license.

That's right. Apparently any machine with Windows pre-installed needs to show the license info and HP, in order to keep the rear design clean, opted to add a slide-out plastic bar to display it.

There is one nice touch: the screen includes a Wacom digitizer so you can use a stylus to take notes on screen. There is nowhere to store the stylus, though, so you'll lose it soon enough.

Clearly, the Slate is to full-featured tablet PCs as a netbook is to a proper notebook: a scaled back, underpowered portable with a too-small screen, running an OS designed for the desktop, not a touch-operated device.

HP has tried to justify the ridiculous price with a disclaimer in its press release, which says it is "designed specifically for business." The problem is, businesses are already buying the iPad, which is designed just to be good.

We're certainly looking forward to seeing some proper rivals to the iPad, with ten-inch screens running an OS designed for touch. The HP Slate, a netbook with the keyboard missing, ain't it.