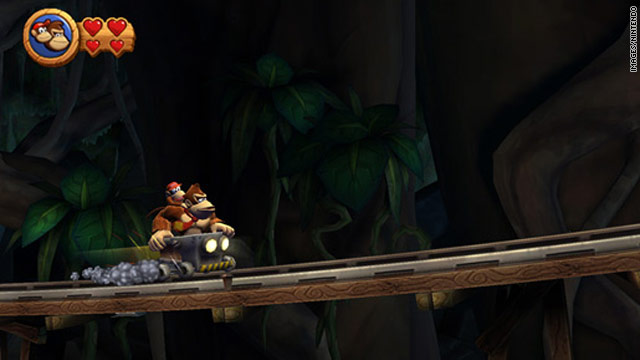 (CNN) -- If there's one fundamental truth about video games, it's that smash hits tend to leave a lasting impression.

Since players often share their company for weeks, months and sometimes years on end, these titles' faces become as familiar and welcome as those of any friend. It's no surprise, then, that from "Castlevania" to "Mortal Kombat," many series are making a comeback.

But a number of new retail and downloadable outings actually promise to go one step further and rewrite gaming history by year's end. Each of these remakes or reboots lets you not just relive your misspent youth but revisit familiar faces in entirely new contexts.

Whether you're a former arcade rat or a slave to the Super Nintendo, all should prove equal parts fresh and familiar.

Below are just a few examples of retro gaming franchises making high-profile reappearances shortly, all of which should soon have thumbs happily waggling and eyes misty with déjà vu.

"NBA Jam" (Electronic Arts, Wii) -- The arcade basketball game that single-handedly brought our GPA to its knees, this two-on-two baller picks up where its predecessors left off, offering more gravity-defying dunks and gleeful, rule-violating blocks.

New features include boss battles, motion control support, secrets galore and a modern-day roster of huge-headed celeb athletes to pit against one another in smack-talking multiplayer showdowns. Don't be surprised if your former college roommate calls, wanting a rematch.

Adding more bloodshed (including gruesome finishing moves), greater freedom of movement and a spine-tingling shock horror aesthetic, the modern-day version introduces more combat moves and a high-definition makeover. Still, the plot remains a throwback, as skull mask-wearing hero Rick attempts to save his kidnapped girlfriend from a legion of grotesqueries.

"Donkey Kong Country Returns" (Nintendo, Wii) -- This update takes the 16-bit classic, once noted for its striking graphics, and transplants its side-scrolling action to a modern context, layering 3-D effects on top of 2-D elements.

Jump over yawning chasms, blast out of cannons or screech along in mine carts -- solo or with simultaneous help from a friend -- while battling bosses, nabbing bananas and hunting for hidden secrets. A heady mix of button-mashing thrills and platform-hopping excitement, the game lets you party like it's 1994.

"Fallout: New Vegas" (Bethesda Softworks, PC/PlayStation 3/Xbox 360) -- Reprises the saga of post-apocalyptic role-playing in a futuristic wasteland first begun on desktop computers back in 1997. (Or spiritual predecessor "Wasteland," depending on how far back you scroll.)

This unexpected retread presents existing levels and storylines from new angles, and also offers multiplayer standoffs featuring a random assortment of characters, weapons and play modes. Think of head-to-head elements like an all-star Bond movie cast reunion -- except that after catching up and kibitzing, Jaws and Oddjob get to fatally wound each other.

"Castlevania: Lords of Shadow" (Konami, PS3/Xbox 360) -- Whip it good in this fantasy-themed reboot of the vampire-hunting action-adventure legend.

"Tron: Evolution" (Disney, PC/PS3/Xbox 360) -- Rage against the machine as you employ light cycles and glowing disks to take on cyberspace.