Game will let you sing, dance like Michael Jackson 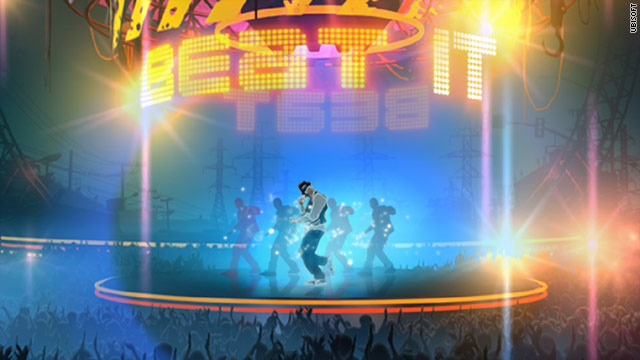 The still-untitled video game will feature such Jackson hits as "Beat It," above, and go on sale by the holidays.
STORY HIGHLIGHTS
RELATED TOPICS

(CNN) -- Michael Jackson's brilliance as a performer will live on in a video game that gives fans the chance to sing and dance like the King of Pop.

Game-maker Ubisoft said the forthcoming game, which does not yet have a title, will let players "step into the shoes of Michael Jackson himself and relive his most iconic performances through their own singing and dancing."

The game will feature such Jackson hits as "Beat It" and "Billie Jean" and will go on sale before the holiday shopping season.

No game play or trailer videos were shown during Ubisoft's press conference this week at the Electronic Entertainment Expo (E3) in Los Angeles, California. Real dancers came on stage and performed to "Beat It," but few other details were revealed.

It is not the first time the late pop icon has been featured in a game. Jackson was a digital character in a 1980s arcade game and also had his own console title -- both tie-ins to his 1988 movie, "Moonwalker."

Development of the upcoming video game has the blessing of Jackson's estate. The singer died of cardiac arrest a year ago this month.

"It is a game that the entire family can experience and enjoy together and this is something that would please Michael tremendously," said Michael Jackson Estate co-executor John McClain, in a statement. 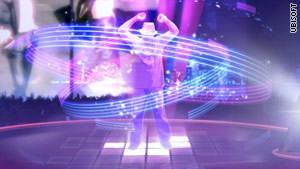 Players will try to mimic the moves they see on the screen, as in this "Billie Jean" scene.

A Ubisoft press release said the game will include "the most famous tracks" from the singer's extensive catalog of hits. Fan reaction to the game on the singer's website has been mostly positive.

"This is awesome ! My kids are gonna flip!!! I'm excited to get this for my kids. WE LOVE YOU MICHAEL JACKSON!" said one fan.

Another was more skeptical: "MJ's probably rolling over in his grave right now (if he hasn't already) with all the ubiquitous money-making schemes. If he had wanted all this he would've done it when he was alive!"

Ubisoft spokesperson Lisa Revelli said the title will be available using Microsoft's Kinect for the Xbox 360, Sony's Move for the PS3, and Nintendo's Wii as well as the handheld PSP and DS devices. She said for the Kinect/Xbox 360 version, the game will not feature avatars to represent the player, but the actual players themselves on-screen.

The game's release may coincide with the arrival of a new album of never-before-released songs from Jackson, due in November.