Are you ready for the big Internet crunch? 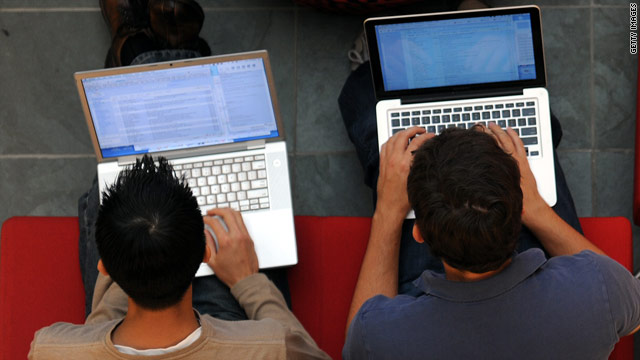 Time to panic? Today's form of IP addresses will reach their limit by 2012.
STORY HIGHLIGHTS

(CNN) -- The internet as we know it is reaching its limits.

Within 18 months it is estimated that the number of new devices able to connect to the world wide web will plummet as we run out of "IP addresses" -- the unique codes that provide access to the internet for everything from PCs to smart phones.

"The internet as we know it will no longer be able to grow," Daniel Karrenberg, chief scientist at RIPE NCC, the organization that issues IP addresses in Europe, told CNN.

"That doesn't mean it will cease to function, but entry could be limited to new devices."

Some estimate that by September 2011 the last large batches of addresses will be issued, meaning that months after that date there will be no new addresses available.

But while this sounds like a complete disaster -- another Millennium Bug -- it need not be, and there is a solution, if we all act quickly enough.

In 18 months time the internet as we know it will no longer be able to grow.
--Daniel Karrenberg, IP address expert
RELATED TOPICS

Currently the internet is built around the Internet Protocol Addressing Scheme version 4 (IPv4), which has around four billion addresses -- and they're fast running out.

Four billion no doubt seemed a huge amount when the system was designed in the 1970s, but few then could have predicted how the internet would take off, and how many billions more connections would be needed.

However, there is a replacement, IPv6, which has trillions more addresses available and ready to go. The problem is that businesses are proving slow to adapt their technology to IPv6, leaving experts fearful that we might be heading for a crunch within 18 months.

"My impression is that while awareness of the issue is quite high, a lot of businesses are sitting on the fence," said Karrenberg. "Many small businesses are waiting to see what the early adopters do; how they handle things.

"My suspicion is too many are leaving it too late."

This growing problem has been compounded in recent years as the amount of hardware needing an internet connection has risen enormously, thanks largely to the popularity of smart phones, like Apple's iPhone and other mobile devices, and the rapid pace of technological development in countries like China and India.

"All sorts of devices need to access the internet now, from smartphones and games consoles, to cars," says Karrenberg.

"But still only a quarter of European businesses are using IPV6 -- the rest should be making this a priority."

All the big players in the internet, such as Google, and YouTube, are fully IPV6 enabled, but many others have yet to commit.

"If they keep on lagging behind then the internet will not be able to grow in the way it has been; the curve will flatten out," said Karrenberg.

"Although it's still unclear what kind of plateau we will see, certainly we could see impeded or seriously curtailed growth."

None of this is what businesses need to hear as they struggle out of a serious recession, but there is still time to act.

"But businesses should remember that the earlier they act, the less they will pay. The more they neglect this issue, the higher premiums people can expect to be charged."

According to Karrenberg, the necessary costs can be met as part of the routine process of upgrading technology. "It is possible to deal with these issues through the usual round of investment in hard and soft technology," he said.

"It's just a question of what tactics people follow as they make their choices. "Businesses need to future-proof their decisions and this issue needs to be on every CTO's radar."

In addition, while IPv4 and IPv6 are designed to work together, there have been reports of teething troubles, and businesses that leave their switch-over too late may find glitches compound their problems.

Business leaders should also remember that this isn't only an issue for those producing devices needing a connection or selling broadband services. Content providers also need to ensure their services are IPv6-ready, otherwise they will exclude potential clients connecting using the new protocols.

"They will lose their customers -- the eyeballs -- who may not be able to connect," said Karrenberg.

It's a classic paradox of the internet era -- while the technology exists to leap frog the problem, human nature is naturally cautious and some businesses are reluctant to do what they know they need to do, whether due to tightened budgets or simple inertia.

"I'm certainly not optimistic this will all work out for everyone," said Karrenberg.

"I suppose I'm cautiously pessimistic. My fear is that a significant number of businesses will be left in a position where they have to scramble to catch up.

"People know there is a problem, but it's converting that knowledge into action plans, business plans, which is so important."