Happy 50th birthday to the laser 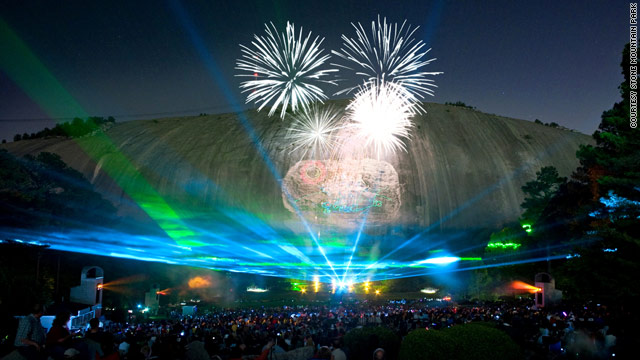 (CNN) -- It was dismissed by some scientists as "a solution looking for a problem."

But when the first working laser was rolled out 50 years ago this week -- developed at California's Hughes Research Laboratory -- it didn't take long for the hyperfocused beams of light to find work.

Having fascinated science-fiction fans since the origins of ray guns in the late 1800s, lasers (literally "Light Amplification by Stimulated Emission of Radiation") have become common in modern life.

From talking on the telephone to listening to a CD, laser technology makes a lot of what we do happen.

"Everyone has some sort of connection every single day to lasers -- even if most people have no idea what that connection is," said Mark Bronski, manager of laser production at German-based TRUMPF Inc., the largest manufacturer of industrial lasers in North America.

Regret that bad tattoo from the '80s? Want to watch a DVD or listen to a compact disc? Tired of your eyeglasses or contacts?

A laser can help.

In basic terms, a laser is any device that creates a narrow, intense beam of light, then amplifies that beam.

The atoms of a physical substance, usually a crystal, are charged up while mirrors at both ends of the laser reflect the energy back and forth to strengthen it.

The "ruby laser," so-called because physicist Theodore Maiman used a ruby rod to make it, was first used on May 16, 1960.

Maiman's first scientific article about the discovery was turned down. While the second was awaiting publication, the laboratory went to the press with the news, prompting scientists who hadn't seen his complete findings to initially dismiss the discovery as insignificant.

There's no way to list everything lasers do. (Although, we do suggest another look at the world's largest laser, currently working to save -- not destroy -- the Earth).

But here's a rundown of just a few applications for lasers, and a nod to where laser technology might go next.

From a high-tech update to the old nip-tuck to eye treatment that can eliminate the need for glasses or contacts, lasers are often used in surgery.

Carbon-dioxide lasers and others are used to remove unwanted tissue -- from tumors, warts and tattooed skin -- and create incisions that are less intrusive, less painful and leave less scarring than traditional surgery.

At planetarium domes everywhere, starry-eyed fans have enjoyed laser light displays for decades. The shows combine beam effects -- which sweep through the air -- and screen effects, which create images, patterns and shapes on a wall or other fixed object. 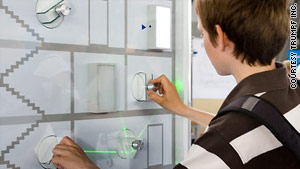 A child explores lasers at Germany's TRUMPF LaserLab, a center designed to inspire interest in the technology.

At Georgia's Stone Mountain Park, near Atlanta, Georgia, more than 20 million people have watched a laser show projected onto the massive granite mound.

Adopted by the U.S. Army in the late '70s for training, laser tag was offered in crude form in toys around the same time. In 1984, two recreational laser tag centers were opened in Texas.

At most laser-tag venues, teams with laser guns scramble around an indoor course, shooting at each other in the near-dark. Technology varies somewhat, but, generally, laser tag uses infrared signaling to track lasers and determine whether they've hit their target -- usually a vest worn by the player.

Most of us probably don't think of lasers being involved in our telephone conversations or internet use. But they are.

Fiber optics -- the ultrathin, glass cables used to carry digital information for phones, computers and cable TV -- use laser-generated pulses of light to carry that data at incredibly high speeds.

For computer users, communications companies claim that fiber-optic connections can download music, videos and other files to computers 25 times faster than traditional cable -- at least in the places where it's available.

The fervor over the upcoming Google Fiber project shows that lots of folks are eager to give laser-powered, in-home fiber a try.

Tiny lasers are at work any time you turn on a disc player.

Whether audio or video, these players focus a laser beam on a series of bumps on the disc. The way the different bumps reflect that light determines the sound and images. 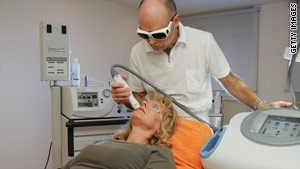 Cosmetic surgery, performed here at a clinic in Berlin, Germany, is one of many medical uses for lasers.

Scientists in all sorts of fields are experimenting with more uses for lasers.

The U.S. Air Force is pondering an airborne laser defense system, albeit one with a high-flying price tag.

Lasers are also being used in technologies such as holographs, new energy sources and space exploration.

And like personal computers, says Bronski, lasers are shrinking.

"Lasers that used to fill up a small-sized room are now the size of a desk," he said. "We'll see that trend continue in the future -- things getting smaller while maintaining their outputs or increasing their outputs."

So, does that mean that handheld lasers could be around the corner? You know -- the kind Han Solo says always trump hokey religions and ancient weapons?

"Those technologies might not be so far off," Bronski said. "At some point, it might be possible to make a much smaller package for these laser devices ... like little phasers or whatever."