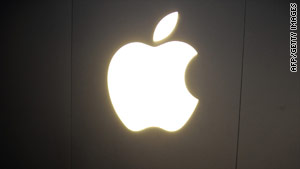 Apple, generally well-known for its secrecy, has been losing the next generation iPhone left and right.
STORY HIGHLIGHTS
RELATED TOPICS

(Mashable) -- One of the biggest surprises of 2010 in the IT industry might be Apple's sudden inability to keep its upcoming products hidden from the public eye.

A company generally well-known for its secrecy, Apple has been losing the next-generation iPhone left and right. This time, a slew of images and a video of another iPhone 4G prototype appeared on Vietnamese site taoviet.vn.

This new prototype is very similar to the one Gizmodo bought last month, but there are some minor differences; for example, this one lacks the screws at the bottom.

Furthermore, this new device has been turned on, revealing an image of an explosion and the sign "Inferno" on the screen.

As always, it's possible that this device is fake, although the number of images (including a full teardown of the device) and the video suggest it's real.

A closer look at the device's innards reveals that the prototype appears to sport an Apple A4 microprocessor, similar to the one found in the iPad.