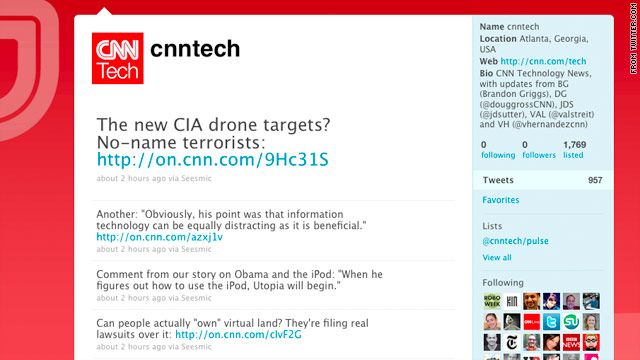 (CNN) -- Twitter users were finding their cherished follower counts rolled back to zero Monday as the site worked to fix a bug.

The glitch, which Twitter said had been addressed by early afternoon Eastern time, was letting people add other users to their list of followers without their consent. The follower counts appeared to have been restored about 2 p.m. ET.

"We identified and resolved a bug that permitted a user to 'force' other users to follow them," Twitter said on its status blog. "We're now working to rollback all abuse of the bug that took place. Follower/following numbers are currently at 0; we're aware and this too should shortly be resolved."

No updates that users posted as private were made public because of the bug, according to the micro-blogging site.

Social media blog Mashable was reporting multiple cases of users being added as followers without their knowledge. Among them, comedian Conan O'Brien -- who has made a running gag of following only one person at a time on Twitter -- was following 194 people earlier Monday.

As the reason for the blanked-out follower lists became clear, users were having some fun with the glitch.

"Damn it, I missed my opportunity to make Justin Bieber follow me," wrote Mashable's Adam Ostrow, referring to the teen heartthrob who is ridiculously popular on the site.

The folks at ThinkGeek, a site that sells and writes about fanboy (and girl) gadgets and collectibles, tweeted a more sinister possibility by poking fun at their Twitter-centric followers.

"The twitterverse has 0 followers!" they wrote on their Twitter feed. "The time of the evil robot overlord takeover is upon us."