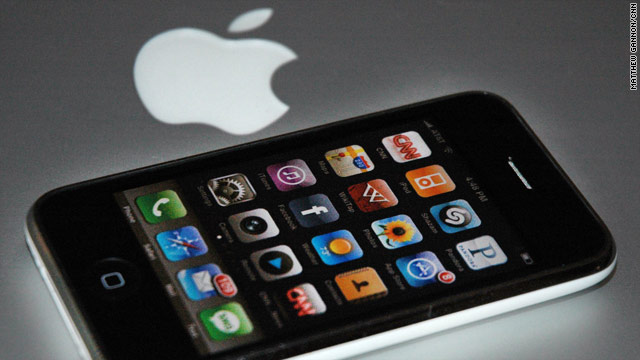 The iPhone now has its very own summit on game development at the Game Developers Conference in San Francisco.
STORY HIGHLIGHTS
RELATED TOPICS

(CNET) -- If you had any doubts that the iPhone must now be considered one of the world's most important gaming platforms, this week's Game Developers Conference in San Francisco will try to put them to rest once and for all.

For years, GDC, as it's known, has hosted two days of "summits" early in the week, before the main keynote address and the bulk of the panels and sessions begin, including the longstanding GDC Mobile, which dealt with just about every issue a developer could want on mobile and handheld devices.

And this year is no exception. Starting Tuesday, the GDC Mobile/Handheld summit will begin, offering 18 discussions on things like "bootstrapping games on Android;" "Creating augmented reality experiences on Nintendo DSi;" "Social networks: The new marketplace for mobile games?" and more. There's even one called "Get your iPhone game to 2,000 other devices."

But strikingly absent among those 18 panels are any that deal with game development specifically for the iPhone. And why? Because for the first time, the GDC advisory board decided that Apple's smartphone is an important enough platform to warrant its own summit.

As a result, on Tuesday and Wednesday, hundreds -- if not thousands -- of people will shuffle into the 16 panels and discussions that make up the iPhone Games summit, sessions like "How to keep your game on top of the charts;" "Fastest path from concept to Top Paid;" "A big dash of success: how to capture the female iPhone gamer" and more.

There don't appear to be any talks surrounding games and the iPad, but the release of Apple's much-anticipated tablet on April 3 is certain to be yet another major step forward for iPhone OS as a game platform.

"Last year, we programmed iPhone content into GDC Mobile," said Meggan Scavio, the director of the Game Developers Conference. But now "there's just so much content it really felt like it needed its own space. We filled [the] two days really quickly."

To those who work in the iPhone games space, there's little question that the platform deserved a separate summit at GDC, which, with 17,000 attendees last year, was one of the biggest video game confabs in the United States, if not the world.

Already, Think Services, which puts on GDC, has had an iPhones-only summit at its GDC Online conference in Austin, Texas, last fall. But the San Francisco GDC is Think Service's main event, and for Scavio and the rest of the advisory board to make the decision to spin off the variety of iPhone content into a discrete summit is a sign that the platform's time as a major gaming player has definitely come.

"The iPhone is now recognized as a leading platform that's independent from the mobile" market, said Simon Jeffrey, vice president of social applications for leading iPhone game developer Ngmoco, which makes popular titles like Rolando and Topple. "People are specifically naming the iPhone as a threat to their businesses. Nintendo said the iPhone is taking customers away from [its popular] DS handhelds."

Asked why he thought the iPhone has reached that point in people's perceptions, Jeffrey said, "I think it's probably the fact that it's become such a ubiquitous device in the West so rapidly and has been adopted by an extremely wide demographic. [Yet it has] still retained its cool factor, despite numerous other handsets coming in and competing."

From a developer's perspective, Jeffrey explained that Apple offers a much easier roadmap to designing games than some of its competitors, including a $99 software development kit and the fact that anyone who wants to design games for the device can do so. By comparison, Jeffrey said, Nintendo and Microsoft--for mobile devices running its Windows Mobile 7 operating system--require developers to be approved.

"It's like a console unto itself, which I guess it is," said Greg Trefry, a co-founder of the independent game development studio, Gigantic Mechanic, of the iPhone. "It doesn't surprise me because there's so much hype and excitement around it."

Yet even though Trefry, one of the organizers of the interactive games festival, Come out and Play, and his partners are making iPhone games like the urban golf title, Gigaputt, he said there are reasons to be surprised that so many people have latched on to the platform as suitable for their development efforts.

In large part, that's because there's so many people building apps and games for the iPhone that are still trying to figure out how to make money with the platform, in part because the price points are low and in part because it's so hard to get noticed amid tens of thousands of other games. "It's a really tough market," Trefry said, "and became a tough market really quickly as it became a gold rush with everybody diving into it."

Indeed, it's for just that purpose that GDC is devoting an entire summit to the platform: to help developers learn how to overcome those barriers and make money. But players definitely want games for the iPhone, and to Jeffrey, who is, admittedly, biased on the matter, there's little doubt that the device's fortunes as a gaming machine are only going to improve. "We think growth on a global basis [for iPhone games] will be explosive from this point on," said Jeffrey.

The rest of GDC While clearly one of the biggest decisions affecting GDC 2010, elevating iPhone game development to summit level status wasn't the conference advisory board's only big move.

Scavio explained that the board also created a "monster" program by combining the Casual Games and the Worlds in Motion summits into a new two-day event, the Social and Online Games summit. "The line was really fuzzy between the two," said Scavio. "Both advisory boards were programming against each other. You don't really hear the words 'casual games' anymore. It seems pass? to use that terminology...So we decided to just merge the two."

Disclaimer: I was on the Worlds in Motion advisory board in 2009.

The resulting program will feature 37 sessions along the lines of "From the book to the box: Bringing a retail franchise into the social gaming world," "Monetization and business models for social games," and "What virtual worlds can learn from social games."

Among other things, this new summit will help many developers learn how to find new opportunity in the exploding field of games built for social-networking platforms like Facebook.

Over the last few years, start-ups like Zynga and Playfish have become huge successes with networks of games on Facebook and other platforms, and there's no question many companies and developers want to learn from the examples set by those companies.

Another interesting move by Scavio and the GDC advisory board was adding GamesBeat, an event started last year by VentureBeat and helmed by leading games industry writer Dean Takahashi, to the roster of summits. In 2009, GamesBeat was held in San Francisco during GDC but was located in another part of town and presented a difficult choice for many GDC attendees.

"Dean [Takahashi] and I talked about it," Scavio said, "and it's so completely complementary. It didn't make sense for people to have to make that decision. It made more sense for attendees to stay in house and be able to go to anything at GamesBeat and GDC."

GamesBeat will feature 11 sessions, including a keynote by Steve Perlman, the co-founder of the much-heralded OnLive, a service that aims to stream many console games to users worldwide, regardless of the speed of their Internet connection.

No Nintendo keynote As in recent years, the main part of GDC will kick in after the two days of summits. This year, in a small scheduling change, the conference will end on Saturday, rather than on Friday. But over the course of the three days of the main event, attendees will have their choice of hundreds of different kinds of sessions.

For most of the last few years, GDC has featured someone from Nintendo, Sony, or Microsoft as its main keynote speaker. Last year, Nintendo President Satoru Iwata gave GDC's main talk and opened up about his company's design philosophy.

Many had been hoping for a major announcement, but Iwata is such a star in the industry that the room was packed with people who just wanted to hear anything he had to say.

This year, it will be famed game designer Sid Meier, the creator of, among other things, the Civilization franchise.

Scavio said that while the three main hardware companies always have speakers at GDC, there is never a guarantee that any of them will keynote. If what the companies have to say doesn't fit as a keynote, she added, "then we'll talk about how they can present it in another way."

But to Ngmoco's Jeffrey, the game industry's tide has unquestionably shifted in the last few years, and not in a way that favors the continued emphasis at events like GDC on large-scale development for console platforms like those created by Nintendo, Sony or Microsoft.

"Two years ago, the excitement was around $25 million games and mobile as an industry was on the way out," he said.