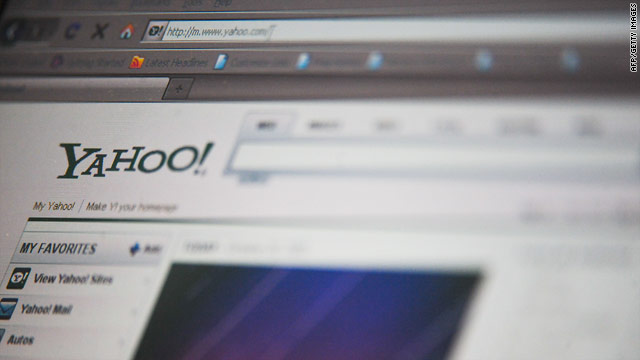 (CNN) -- Yahoo! and the micro-blogging site Twitter have struck a content-sharing deal, they announced Wednesday -- a plan that will share real-time tweets with the 600 million users in Yahoo's global network.

The partnership will let people access their Twitter feeds on Yahoo! properties including their home pages, Yahoo! Mail, Yahoo! Sports and others -- making it easier to tweet or check on the people they follow.

Yahoo! Search also will be including real-time Twitter updates.

"Let me try to capture the enormity of this integration in 140 characters or less," Yahoo! Vice President Bryan Lamkin said in a written release, referring to Twitter's ultra-tight limit on tweets. "We're turning the key to the online social universe -- you will find the most personally relevant experiences through Yahoo!"

The move comes as established Internet players are making moves to plug into the social-media movement spearheaded by sites like Facebook and Twitter. Most notably, Google last month created Google Buzz -- its own networking feature that uses elements similar to both of those sites.

"From our perspective, this partnership represents a big opportunity," reads the post. "Tweets may be short, but they have proven over and over again to contain valuable information."