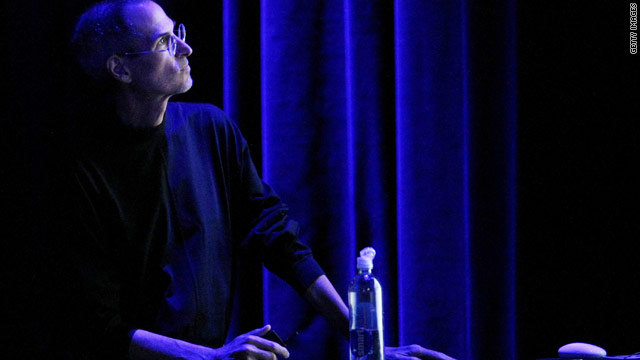 Apple CEO Steve Jobs has a knack for throwing off Apple watchers with his masterful misdirections.
STORY HIGHLIGHTS
RELATED TOPICS

Steve Jobs was reportedly wearing a top hat when he visited New York publishers last week. It's a fitting lid for the Apple CEO, who can be as tricky as a magician.

Jobs has a knack for throwing off Apple watchers with his masterful misdirections.

Ever wonder why analysts and journalists grossly overestimated the price of the Apple tablet prior to its official announcement? Part of the reason is that Jobs had said during a 2008 earnings call that Apple could not make a $500 computer that was not a "piece of junk."

That assertion lent credence to rumors that the tablet would cost $1,000.

Oops. The entry-level iPad announced in January will cost $500, at least at the low end of scale. Presumably, Jobs doesn't consider it a piece of junk.

Nice one, Steve. You got us there.

Actually, you've fooled us not once or twice, but at least six times, by our count. What follows is a list of five more famously misleading quotes that Jobs pulled from his bag of tricks.

No Plans to Make a Tablet

There were plenty of naysayers who, for the longest time, thought the Apple tablet was a pure myth. Jobs did, after all, tell Walt Mossberg during a 2003 All Things Digital conference that Apple was not working on a tablet -- because the keyboardless form factor was a recipe for failure, according to a second-hand account.

"There are no plans to make a tablet," Jobs was quoted saying to Mossberg. "It turns out people want keyboards. ... We look at the tablet, and we think it is going to fail."

But there's plenty of evidence Apple has been mulling over tablets for a while. The New York Times' Nick Bilton reported the Apple tablet was in development for at least five years, and that it was actually a precursor to the keyboardless iPhone.

And Apple filed a patent for a touch tablet device in 2004. To rewind even further, Apple was working with Frog Design on tablet prototypes as early as 1983. Those ancient tablets included keyboards, but Jobs has clearly had tablets on his mind for a very long time.

In that same interview with Mossberg, Jobs said he didn't feel Apple would fare well in the cellphone business.

"I get a lot of pressure to do a PDA. What people really seem to want to do with these is get the data out. We believe cellphones are going to carry this information. We didn't think we'd do well in the cellphone business. What we've done instead is we've written what we think is some of the best software in the world to start syncing information between devices. We believe that mode is what cellphones need to get to. We chose to do the iPod instead of a PDA."

Of course, in hindsight that quote served as a clue that Apple wasn't making a traditional cellphone, but rather a brand new device that fused the characteristics of an iPod, a PDA and a cellphone into one. The result was the iPhone.

Jobs made a rather provocative statement in 2008 when he told The New York Times that the Kindle would go nowhere:

Of course, the CEO backpedaled on his Kindle-dissing during his iPad keynote when he was introducing the iPad's very own e-book reader and store, iBooks.

"Amazon's done a great job at pioneering this functionality with their Kindle, and we're going to stand on their shoulders and go a bit further," he said during his Jan. 27 keynote this year.

No Movies on a Tiny Little Screen

When Mossberg in 2003 asked Jobs whether he planned to put video in an iPod, the CEO said he was turned off by the idea.

"I'm not convinced people want to watch movies on a tiny little screen," Jobs said. "To paraphrase Bill Clinton, 'It's the music, stupid, it's the music!' Music's been around for a long time, will continue to be, it's huge."

In a September 2009 interview with Jobs, New York Times columnist David Pogue asked the CEO why Apple crammed a camera into the puny iPod Nano and not the new iPod Touch.

Jobs explained the lack of a camera was to keep the price down, so Apple could market the Touch as an inexpensive gaming device.

"So what we were focused on is just reducing the price to $199," Jobs said. "We don't need to add new stuff. We need to get the price down where everyone can afford it."

But later, teardown company iFixit ripped apart the iPod Touch and found a gap that would fit a camera.

And on top of that, AppleInsider received a tip that cameras were planned for the iPod Touch, but ultimately delayed due to technical problems. We've yet to see if Apple does indeed add a camera to the iPod Touch, but we suspect that's likely to happen eventually.