How can we cope with information overload? 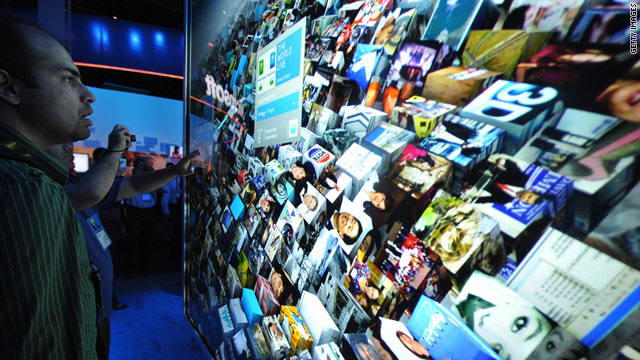 Where to start? The proliferation of online content can add to a growing feeling you're missing out on something important.
STORY HIGHLIGHTS

(CNN) -- Feeling overwhelmed by the sheer volume of online content? You're not alone. Keeping up to speed can be nearly impossible these days, with potentially hundreds or even thousands of daily postings competing for your attention from services like Facebook, Twitter, and RSS feeds.

If you worry you're missing interesting content, it's probably because you are.

The bad news is that there's no way to fix the problem: The amount of online content out there is simply too much to handle, and it's constantly growing.

But the good news is there's plenty of entrepreneurial energy going toward tools for helping us, if not eradicate the problem, at least deal with it a bit less ineffectively.

One of the more interesting approaches is the use of prediction. If tools can predict what content you'd like based on what they know about you, they can then use that knowledge to highlight the right content.

Indeed predictive models might become increasingly important to online life, in more ways than one.

Consider the My6Sense app for the iPhone. If you access your Twitter, Facebook and RSS content through the app, it uses algorithms to learn about you from the way you behave as you go through your streams. It observes, for instance, which links you click, how long you look at something, and whether you share the content with others.

"You could read 5,000 pieces of content and find what you want. But usually you want to do some other things with your life."
--Barak Hachamov, founder, My6Sense

There are thousands of such variables it pays attention to. Along the way, it gets to know you. The longer you use it, the better it gets at figuring out which content you'll likely be interested in. It then puts this content at the top of your streams.

No content is filtered out, but items within your content streams are re-ordered. Sometimes the service surprises you. A news article, for instance, might have a headline that does not attract your attention. But the content of that article, or a part of it, could be of great interest to you -- something the algorithm can easily predict if it knows you well enough.

"Every day or two I find something like that that amazes me," says My6Sense founder Barak Hachamov, who's been using the product for a little over nine months. Most users start getting good results after a few sessions with the app, he says.

And while the algorithm can predict based on past behavior, it's also flexible enough to adapt to a user's constantly changing interests. At some point, the technology behind My6Sense could be offered as a common feature on many online services.

Although the Israeli startup is not currently commenting on it either way, it could conceivably offer an open Application Programming Interface (API) so that publishers or application developers can integrate the technology into their own offerings.

The app is interesting in its own right, but more interesting perhaps is what it suggests about the future.

Personal algorithmic profiles might become a common approach to better finding desired content. Clay Shirky, a prominent technology speaker and consultant, sparked much online debate two years ago by claiming that "there's no such thing as information overload, there's only filter failure."

My6Sense, or services like it, could be a step toward more effective filters. (Although, again, technically it only re-orders rather than filters content.)

Predictive tools might be used in other ways, as well.

There's a growing awareness that people are using social media to publicly announce what they intend to do in the future.

Jeremiah Owyang, a consultant and blogger on social media, calls this the "intention web."

Try this search on Twitter: iPad + "planning to buy."

Businesses could use such information. Services that specialize in mining and presenting it -- likely to be no small task -- could offer them predictive models that help lead to, say, inventory adjustments.

Of course, accuracy in predicting anything -- demand for a product, your potential interest in a tweet or article, the outcome of a football match, the weather -- will always fall short of what's desired. No predictive technologies will ever be advanced enough to fix that basic characteristic of life.

But in a no-win situation like information overload -- or filter failure, take your pick -- predictive tools can, perhaps, at least save you some time.

"You could be the filter," notes Hachamov. "You could read 5,000 pieces of content and find what you want. But usually you want to do some other things with your life."